First Sample Chapter from The Winds of Winter | The Mary Sue

A Sample Chapter From the Next Song of Ice and Fire book, The Winds of Winter 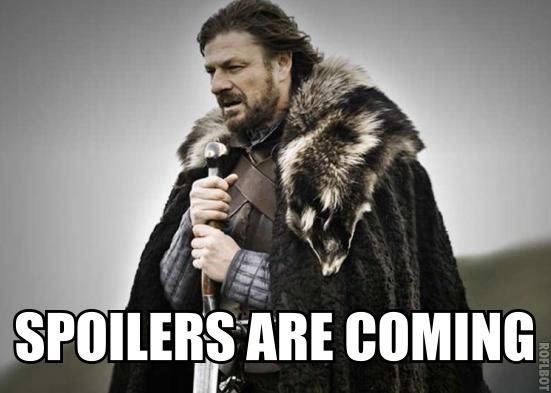 Says George R. R. Martin, hard at work on the sixth installment of his seven book series A Song of Ice and Fire, the basis for HBO’s Game of Thrones:

As a Christmas gift to all my loyal fans and readers, I’ve just replaced the (long published) sample chapters from A Dance With Dragons on my website with an unpublished sample chapter from The Winds of Winter.

Needless to say, there are some significant spoilers in the chapter, according to all my research. Which is why I, a person who has never watched Game of Thrones and never read The Song of Ice and Fire, am writing this post. Not Jill, who has not yet finished what exists of the series. I can’t be spoiled! I don’t plan on reading them!

Of course, I dug into the chapter, saw a bunch of names I only barely recognize, and realized that this also means that I have no idea what in this is a spoiler and what isn’t. I’m reasonably certain that this hint from Martin isn’t, though:

(The chronology, as usual, is tricky. This chapter will be found eventually at the beginning of Winds, but as you will be able to tell from context, it actually takes place before some of the chapters at the end of Dance).

So there you have it. If you’re read up on A Dance with Dragons, you should be fine. Go forth and wind some winters.