Penguin Cam Shows Life From A Penguin’s Point of View (Spoiler: There Are Lots of Fish) [Video] 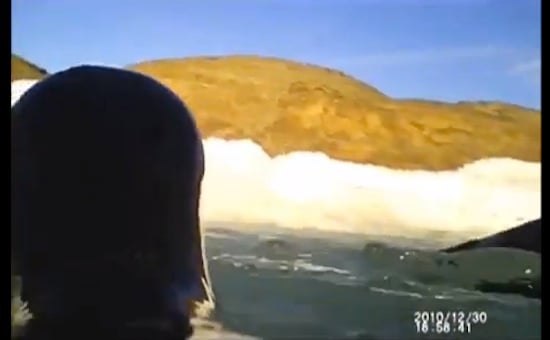 People become scientists for a lot of reasons. Because they enjoy solving the mysteries of the universe, or want to make the world a better place to live, or just because it’s a career that helps them finish the death ray they’re working on in their basement. These are all noble reasons for wanting to do science — especially the death ray thing — but none of them is the best reason. The best reason to become a scientist, clearly, is so you can strap small cameras to Adelie penguins and make videos about their lives under the sea like the one you can watch below.

A team of Japanese researchers attached small cameras equipped with accelerometers that turn the cameras on to five Adelie penguins in late 2010 and early 2011 in an effort to learn more about their underwater activities. In what should come as no major shock to researchers or people who know things about penguins, those activities are mostly “eating fish” related. The finally released results are still fun to watch, though! You can check out more videos from the Proceedings of the National Academy of Sciences, where the accompanying paper was published this week, here.