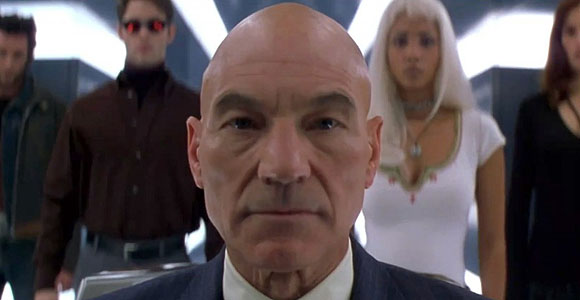 Back in July, we learned the name of the next X-Men film. They’re going with X-Men: Days Of Future Past, a storyline that involves a type of time travel. Speculation was this could bridge the gap (regardless of plot holes) between X-Men: First Class and the trilogy of X-Men films that came before it. We might finally have confirmation on that thanks to Sir Patrick Stewart who spilled the beans about his involvement at a recent convention appearance.

Newsarama were the ones to report the news which came out of a panel at the Montreal Comic Convention. A fan asked him directly if he’d be returning as Professor Xavier and the actor replied, “I think there is every possibility.”

Ok, not so much a confirmation there, but he kept going.

He proceeded to enthusiastically run down the list of his female co-stars: “Halle Berry! Famke Janssen! Rebecca Stamos! Anna Paquin!” The crowd roared back with delight, opting not to point out his mistake regarding Rebecca Romijn’s current last name. He continued, saying “yes, I’ll be reprising…” only to be cut off by his son Daniel, who proceeded to throw out the names of his father’s male co-stars, Hugh Jackman and Sir Ian McKellen.

Well now, that’s something, isn’t it? We have no idea how large a role Stewart would play in but it certainly makes sense to have him invovled considering the storyline.

Meanwhile, the British thespian is living the good life in Brooklyn, getting a lot of use out of twitter, and taking part in ridiculous comedy videos online. There’s a new one that just surfaced from The Daily Show, in fact. Take a look.