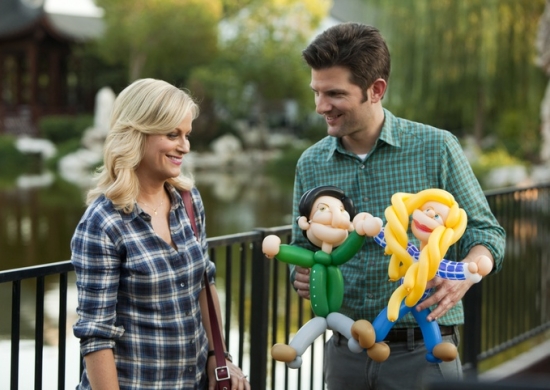 We’re not saying Pinterest is for the birds, but the social media platform definitely attracts a certain kind of material. If it’s not cute pictures of animals, inventive uses for leftover cardboard boxes, or something to do with fashion, it probably doesn’t belong on Pinterest. That said, someone over at NBC has totally figured out this social media thing. A recent Parks and Recreation episode saw Ben Wyatt and Leslie Knope tie the knot in their own haphazard way, and NBC put up a faux wedding album for the characters on Pinterest.

Seriously. I get that this is a wedding album for two people that don’t actually exist, but it’s probably my favorite wedding album that’s ever existed. The whole gang’s present, and the images were shot much like an actual wedding photographer might have shot them.

You can check out the rest of the photos over on Parks and Recreation‘s Pinterest. Be warned: They are just as ridiculously cute.