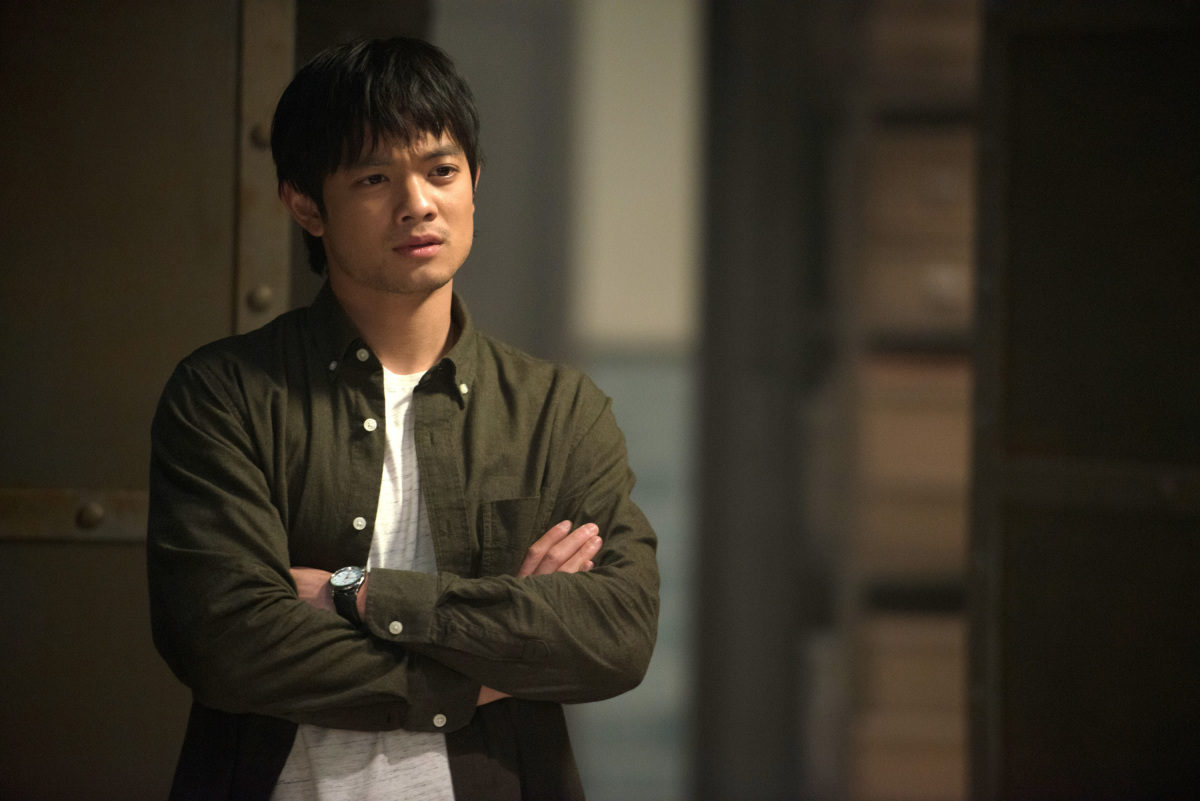 The Crisis on Infinite Earths News just keeps coming. The Arrowverse will be uniting characters and actors from over fifty years of DC television shows, and on top of that, they’re finding time to add new characters to the mix. Last week, news broke that Osric Chau, best known for Supernatural and Dirk Gently’s Holistic Detective Agency will be joining the massive crossover event as scientist Ryan Choi. This isn’t just cool because it adds a new face to Crisis, but because it’s something comic fans and even creators have been asking for for years.

First off, who is Ryan Choi? In the comics he’s a scientist who takes on the mantle of the Atom aka Ray Palmer (Brandon Routh) when he sinks into a mircoverse. In this versions, according to TV Insider, Choi is a “physics professor at Ivy Town University,” who is just “a normal guy who learns that he has a pivotal role to play in the coming crisis on infinite earths.” Like the original Atom, he can shrink and uses science and tech to fight the bad guys.

Ryan Choi has actually been name dropped at least once in the Arrowverse. Last season on The Flash, Barry Allen’s daughter Nora visited from the future bearing a new suit that fit into a ring, courtesy of Ryan Choi. Fans went nuts at this name drop (or at least I did) and started fan casting in their heads. And Osric Chau was at the top of our lists.

But it’s not a new thing. Fans have wanted Chau as Choi for near half a decade. Here’s a tweet from 2015:

.@SuperheroFeed Okay you can stop twisting my arm, I reluctantly agree to be Ryan Choi as the Atom.

Why was Chau already associated with this character? Well, it has to do with legendary comics writer Gail Simone. As she details in this twitter thread, she’s been ringing the Chau-Choi bell for year. Simone was tasked with helping to re-imagine the Atom as an Asian man back a few years ago. She had a blast and one of her readers was a certain actor she knew of, but didn’t know well…

His name was Osric Chau or @osricchau, and he had posted that he had just read a bunch of the Ryan Choi Atom and that, for the first time, he had a superhero in a big two comic that felt like him, felt like he could be that character. 17/

But more than that, he’s sweet and kind. He has an inner glow, and is funny and smart. He just FELT like Ryan to me immediately.

Chau is an accomplished martial artist, as well as an actor and a perfect fit for any chating for Ryan Choi. Simone loved Chau’s look so much she eventually wrote him into her run on Red Sonja and met him in person. And now, he’s been cast in the role that meant so much to him.

That’s it, just that sometimes, cool things happen and the world gets it exactly right.

OSRIC! YOU WERE ALWAYS RYAN AND NOW EVERYONE WILL KNOW IT!

Break a leg and shrink a bug, I say!

There’s so much potential for Chau in this role. For one, while the Arrowverse has always been a diverse place, one of the few areas it was could improve was it’s lack of Asian characters as series regualars. It was only last season that Ramona Young was added to Legends of Tomorrow as Mona Wu, but this season we’ll be sing two major Asian characters on Batwoman and now Ryan Choi in Crisis. That’s great.

We’re also really hoping that Chau will get to stick around somewhere after the Crisis is averted. The original Atom, Ray Palmer, is slated to leave the Waverider, along with his paramour (and real life wife) Nora Dahrk (Courtney Ford) some time this season. We’re so sad to see Routh and Ford leave Legends, but if there’s an opening for an Atom, it would be awesome to see Chau join the Legends full time and get a chance to star as the character he looked up to.

PPPPS. I forgot the whole point of this thread is this thought that hit me, that a guy can be reading a comic, finding a character he likes, wishing he could be that character…

…AND THEN HE BECOMES THAT CHARACTER.

Dudes, that’s the magic of comics, right there! :)

There’s a lot that will happen in Crisis, so who knows exactly how Ryan Choi will show up and if he’ll survive, but we certainly know the casting is a success.