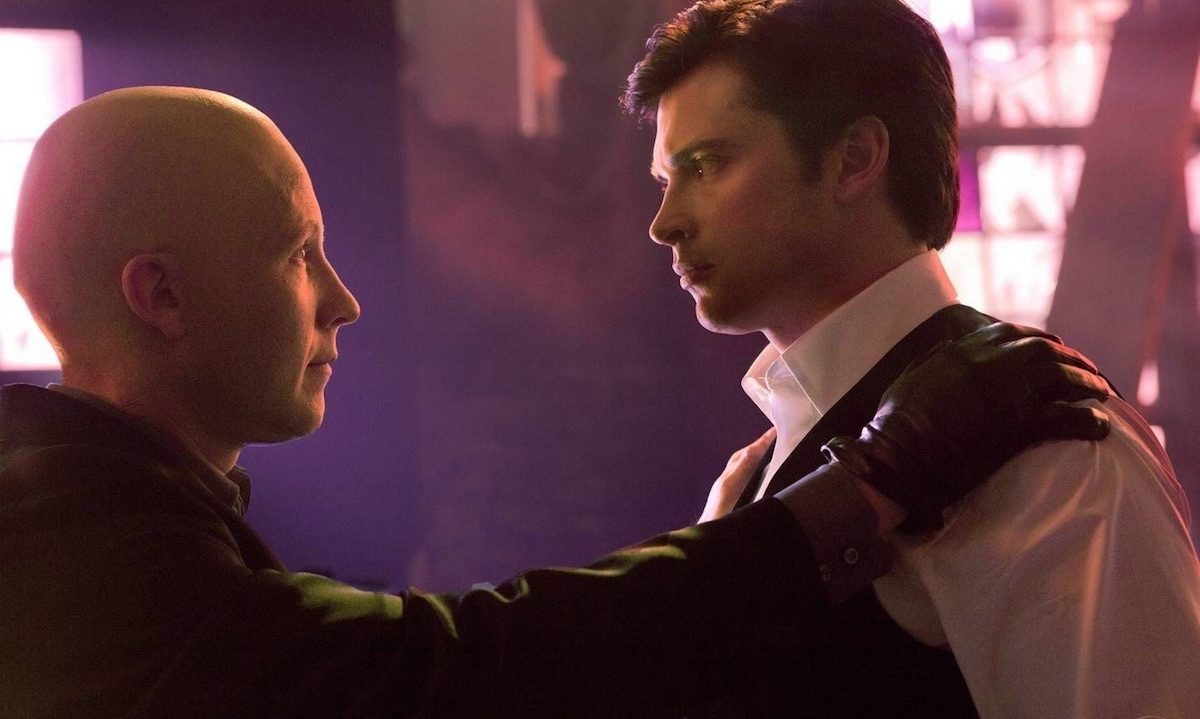 After rumors and speculation, it’s now official that actor Tom Welling, who starred on Smallville as Clark Kent/Superman, will be joining the massive DC TV Arrowverse crossover event “Crisis on Infinite Earths.” I think the creatives know what needs to happen next.

The Arrowverse crossover extravaganza is acknowledging its debt to Smallville, the 2001-2011 show on the WB/CW that was one of the first live-action television shows to dive into the personal lives of DC’s comic book superheroes and villains. As Geek.com reports:

“For eight years, Arrow has stood on the shoulders of Smallville. Simply put, there would be no Arrow, and no Arrowverse, without it,” said executive Marc Guggenheim in a statement. “So when we first started talking about Crisis on Infinite Earths, our first, second and third priorities were getting Tom to reprise his iconic role as Clark Kent. To say that we’re thrilled would be a Superman-sized understatement.”

Geek.com points out that we can’t be 100% sure that Welling will return as the version of Clark/Superman we met on Smallville, though that’s the likely bet. In “Crisis,” Tyler Hoechlin will be playing his Superman from Supergirl and Superman Returns’ Brandon Routh is playing an alternate older Clark out of the comic book storyline Kingdom Come. It’s possible that Welling may embody an entirely, well, alien Superman to the one we knew him as, though Marc Guggenheim’s use of the word “reprise” suggests we’re seeing Smallville!Clark.

There’s still no word on whether any other Smallville actors will be joining Welling. [UPDATE: Deadline is now reporting that Erica Durance will return as Lois Lane.] Michael Rosenbaum’s fan favorite Lex Luthor is even more on my mind than usual with the Welling news (and I think about Rosenbaum’s Lex a lot). As I wrote in August, Rosenbaum tweeted to debunk a report that claimed his Lex was confirmed to appear on “Crisis,” saying it was the first he’d heard of it. I lodged an official protest, because Rosenbaum, and Lex, were absolutely the best part of Smallville. At the time, however, Welling had also been playing mum about any involvement in the crossover.

It’s increasingly likely, at least in the fantasy world in my head, that Rosenbaum was pulling our leg in August. If Guggenheim and the “Crisis” team have been talking about Welling’s return from the beginning, there’s no way they skipped over Rosenbaum’s Lex. It’s my hope that Rosenbaum “debunked” the previous report because he didn’t have permission to confirm it, or that Lex’s appearance is meant to be a surprise kept under wraps until “Crisis” airs. It’s also probable that the Arrowverse folks are planning on rolling out more and more announcements like this to spark further interest and stir up buzz in the build-up to the event, which kicks off in December.

Smallville may not have been prestige television, but it occupies a nostalgic place in the hearts of many viewers. While it will be fun to see Welling, I truly believe his Clark cannot be meant to appear without Rosenbaum’s Lex somehow involved, so my fingers are crossed.

According to Entertainment Weekly, the schedule for “Crisis on Infinite Earths,” set to play out across several superheroic properties on The CW, is as follows:

Time to mark your calendars! And Marc Guggenheim, if you’re seeing this now in your Google Alerts, please give me the gift of Michael Rosenbaum’s Lex for Christmas.