Nautilus-X Spaceship Could Take Us To Mars, Beyond | The Mary Sue

My Other Ride is the NAUTILUS-X Spaceship 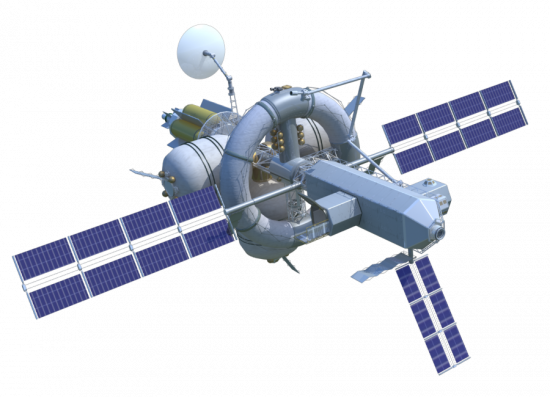 While NASA struggles to define its new role in the wake of Constellation’s cancellation and the impending retirement of the Space Shuttle fleet, some of its engineers are refusing to sit idly by. Mark Holderman and Edward Henderson, both engineers at the Johnson Spaceflight Center, have designed the Non-Atmospheric Universal Transport Intended for Lengthy United States X-ploration Multi-Mission Space Exploration Vehicle, or NAUTILUS-X. For a paltry $3.7 billion and 64 months of work, this craft could take us to the Moon, Mars, or any mission within 24 months of flight time.

NAUTILUS-X aims to use proven existing technologies and experimental designs in a modular, reconfigurable design to be assembled in space. From Yahoo News:

The Nautilus X would consist of a variety of ridged and inflatable modules, solar dynamic arrays, any of a number of mission specific propulsion modules, a manipulator arms, docking ports for Orion or commercial space craft such as the SpaceX Dragon, landing craft for destination worlds and (this is the key) a centrifuge that would simulate partial gravity to maintain the health of the crew for long duration space missions. There would be logistical modules, a radiation mitigation system, facilities for a hydroponic farm, and hangers for landing craft and EVA pods.

The NAUTILUS-X would initially serve as a stopover station for missions to the moon. It would also carry its own landing craft for surface expeditions. Anchored at the L1 Lagrange point, the area of space where the Moon and Earth’s gravitational effects are canceled, space craft would dock with the NAUTILUS-X and use its landing craft to journey to the moon. Proving itself in this context, a propulsion system would make the NAUTILUS-X a true space-faring vehicle.

Of course, the NAUTILUS-X only exists on paper, and it will probably stay that way. But the child in me cannot help but get excited over this craft, and long for the day when human dedication will match our aspirations.

(Yahoo News and SpaceRef via i09)