"Fine, but you can't make me exercise. I'm just gonna sit in this tree and mope." 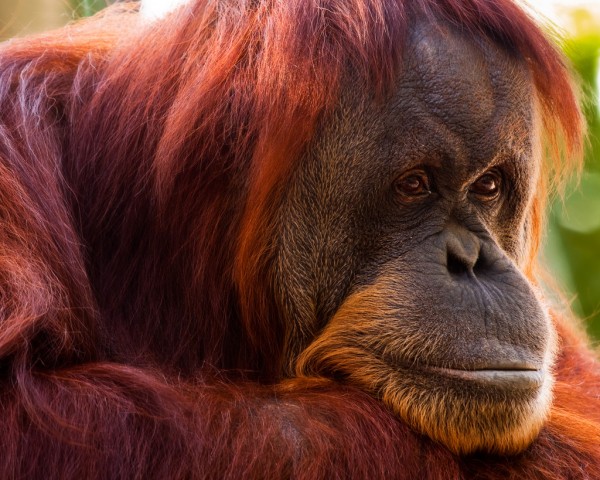 You know how they tell you not to feed the animals when you go to wildlife parks? They say they’re trying to preserve the delicate balance of nature or whatever, but it’s really because they don’t want the animals to get fat and addicted to junk food. Jackie, the 22-year-old Malaysian orangutan who’s currently twice the size that an orangutan should be, is just such a cautionary tale. She’s… well, fat and addicted to junk food. And now she’s on a strict diet to offset 20 years of eating all the crap that tourists at the park kept feeding her. Poor Jackie. Dieting sucks.

Jackie was once a resident of the Poring Forests and was given to Sabah Parks in Borneo two decades ago. Since then, she’s been gorging on tourist food so much that she’s now 100 kilograms, which is twice as large as the average female orangutan outside of captivity. Wildlife authorities didn’t know how to rehabilitate her, trying at first to release her into the wild of Poring. Of course, that didn’t work, as she kept coming back to the park visitor’s center and demanding food. What were the tourists going to do, not give the giant orangutan their bag of chips?

Now the Sabah park rangers are trying a different approach and have sent Jackie away to the nearby Lok Kawi Wildlife Park, where she’s been put on a strict diet of leafy vegetables and fruit. You know, the stuff we’re all actually supposed to be eating.

It will be a slow process, Sabah Wildlife Department director Datuk Laurentius Ambu admitted in an interview, but in the long run Jackie will be better off. “I am glad that Jackie is a much happier orangutan now,” he said, referring to concerns that Jackie was being exploited by the tourism industry. Presumably this guy’s never actually eaten junk food before, because if he did then he’d know that Jackie is probably very, very sad right now. And probably missing Funyuns.

(via PhysOrg, image via David and Becky)