Do You Like Fatty Foods? Study Finds You Can Blame Your Genes, Taste Buds 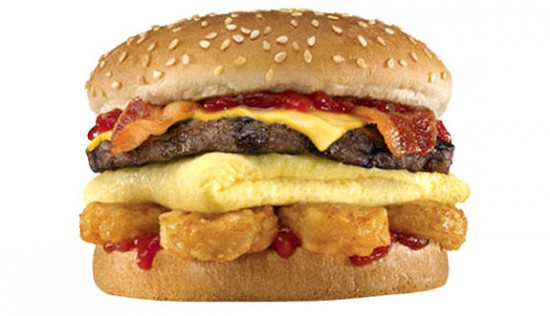 Ever wonder why fatty foods taste so good? Why can’t things that are good for you like wheat grass, liquid green tea complex, and other extremely horrible things taste good? According to a study at Washington University School of Medicine in St. Louis, our tongues actually do recognize fat, and have an affinity for it. The reason why cupcakes and mozzarella sticks just taste so great to some people? A variation in a gene, the study finds. Genetics! You can now blame your parents for why you just can’t stop eating fried chicken and donuts.

Senior investigator Nada A. Abrumad also discusses that the team found something of a “fat tolerance” may exist, in that the more people consume fat, the more they’ll need to consume to receive a similar satisfaction:

“In this study, we’ve found one potential reason for individual variability in how people sense fat. It may be, as was shown recently, that as people consume more fat, they become less sensitive to it, requiring more intake for the same satisfaction. What we will need to determine in the future is whether our ability to detect fat in foods influences our fat intake, which clearly would have an impact on obesity.”

The researchers conducted the study using a group of people who with a body mass index of 30 — a BMI that is considered obese. A few of the participants had a variant that led their bodies to produce more CD36 than normal, whereas other patients either produced much less, or produced an amount that landed somewhere in between. Each participant was asked to taste solutions from three different cups, one of which contained a trace of fatty oil, while the other two had a similar texture to the oil cup, but did not contain the oil itself. To take precautions to prevent participants from detecting the oil, the researchers lit the area with red lighting, as well as provided nose clips, in an effort to prevent any sight or smell detection.

The study found that people who made more CD36 protein were eight times more likely to detect the presence of fat, compared to people who produced around 50% less CD36. However, around 20% of people have a variant in the CD36 gene that makes them produce less of it, thus not being as receptive to fat — so unless you get yourself tested and find out for sure, you can’t blame your undesired weight and affinity for street vendor cupcakes on your genes.

Read more about the study over on Science Daily.