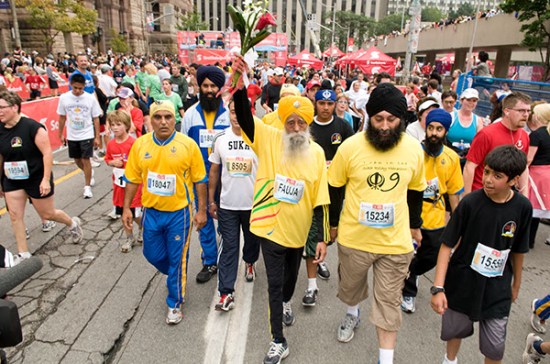 Fauja Singh turned some heads this year at the Toronto Waterfront Marathon when he completed the entire 26-mile race, making him the world’s oldest marathon runner. At the end of his world record run, Singh announced that his final time of just over eight hours was nearly an hour faster than he’d anticipated. That’s just to remind you that this centenarian is probably in better shape than you.

Singh, who is a British citizen, began running some two decades ago after the death of his wife and child. Taking up marathon running at 89, has since been the subject of a biography titled Turbaned Tornado and in 2003 set a world record at the Waterfront Marathon for fastest half-marathon in the over 90 category. His most recent record setting accomplishment seems pretty secure for the time being, unless this incredible man decides to one-up it himself.