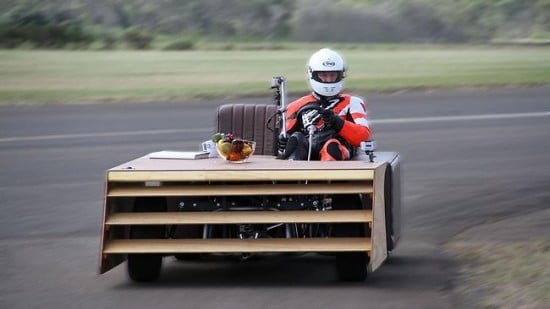 It’s a comfortable faux-leather two-seater in a vague maroon with a coffee table, bowl of fruit, cup of coffee, and an oversized book. It also tops out at around 163 km/h (101 mph), because it’s the world’s fastest couch, which received its official lap time last week in Australia.

“With race cars, you can use the aerodynamic body kit … but with the couch, it was a matter of just doing what we could. We tried to break the airflow with the coffee table.”

(via Nothing to Do With Arbroath)