World's Largest Sushi Actually On a Menu | The Mary Sue 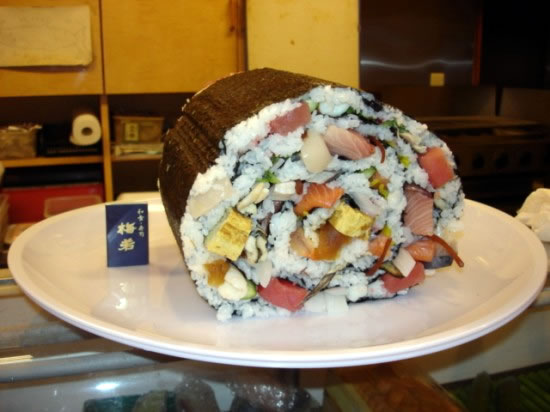 Umewaka Restaurant in Anjo City, Japan, has an unusual item on its menu. The so-called “Generous Roll” is an eight-inch thick maki sushi roll that weighs about 13 pounds. A single roll, which I guarantee cannot be finished in one sitting, will set you back ¥15,000 (about $196). Each of these gargantuan roll contains 24 individual ingredients laid out on six feet of rice and seaweed prior to rolling.

How does one eat such a massive maki? Sliced into wheels and quartered like a pie, obviously. Amazingly, this single roll is on the menu and can be ordered by any patron willing to part with the cash, and also able to provide two days notice to the chef. The restaurant also features enormous nigiri sushi, which look like gigantic cartoon versions of the normally bite-sized morsels. One piece of nigiri contains most of an octopus, another an entire fish filet. So here’s where things get a little bit tricky. No, this sushi roll has not been recognized by the Guinness World Record Book. However, it does seem to be confirmed by the World Records Academy, which appears to be an American rival to the venerable Guinness book. In the interest of settling any potential controversy, I would posit that there is no other restaurant with larger sushi available for purchase on the menu. 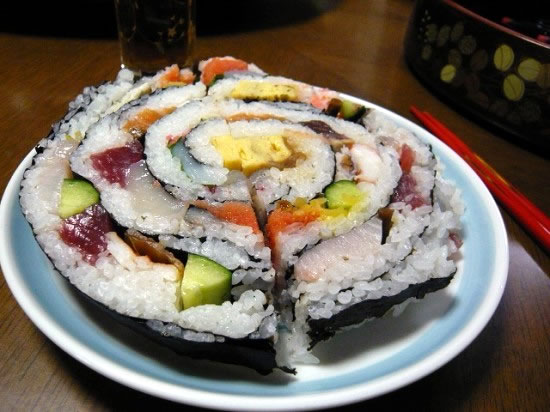