If this had come up D.A.R.E. classes when we were kids, drugs would no longer even exist. 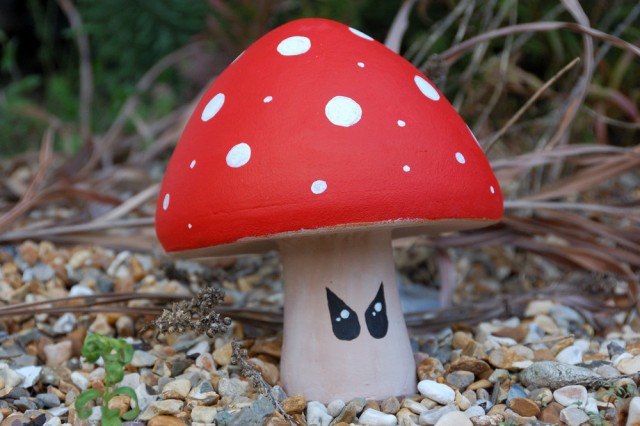 Having a tripmaster around — someone whose job it is to keep you from jumping out of windows when you do hallucinogens — has sort of gone out of fashion since the heyday of ’70s drug culture. If you ever decide to take mushrooms, though, you should probably a responsible person there to keep an eye on you. Otherwise, you might end up like this guy in Columbus, Ohio who was found naked in a local middle school after having ripped off part of his penis. Is it possible to feel empathetic phantom dick pains without ever having had one? I might be having those right now.

At 1am Tuesday morning, the Washtenaw County Sheriff department responded to a burglar alarm set off at Ypsilanti Middle School only to find a 41-year-old man kneeling outside the building, nude and bloody from the waist down. “He really wasn’t saying much at all — a lot of yelling and screaming,” said Seargant Geoff Fox. “He wasn’t making sense.”

The man, who had broken a window while at the school, later admitted that he had taken hallucinogenic mushrooms and was staying with friends in the area. Police suspect that these mushrooms may have been laced with something more potent, but the toxicology reports are still pending. No word on how his junk is doing, but considering that parts of the man were transferred to the hospital along with him, he’s probably just lucky not to be dead yet.

“But wait,” you’re probably saying. “I get what’s happening in this story, but is there some way it could be visually reenacted for my sick amusement?” Well, you’re in luck! Taiwanese animation crew NMA have joined forces with the Tomo US news Youtube channel to bring you some more insight into this sad, sad tale. NSFW, of course: