Finally: The Official Zelda Timeline Releases, is Not One Single Line Like We Always Knew

If anything has consistently been in contention regarding The Legend of Zelda series, it is if each game coherently fits into one single universe. Nintendo always said yes, gamers always said there is no possible way. Nintendo never really gave us many hints, but an accepted working theory was that Ocarina of Time was supposed to be the first in the timeline, and the original NES The Legend of Zelda (and its sequel) was supposed to be the last. Working with this information, and the fact that a few games in the series (Wind Waker and Majora’s Mask, to name two) were directly related to other games in the series, gamers came up with the working theory that if you split the Zelda timeline in two, everything fit into place. Now, with the release of a new Zelda art book, Nintendo has released the official timeline for the series, both satiating our thirst for chronological Zelda order, and also really bugging us that Nintendo has regularly said all these years that everything fits into one timeline when this official timeline shows that, what do you know, there are three separate timelines.

So, if this new official timeline is to be believed — which it should, since Eiji Aonuma, the current head of the Zelda series served as a supervising editor on the art book in which the timeline released — yes, Nintendo has lied to us many times, for many years. However, as a regular critic of Nintendo and a huge fan of Zelda, I say, who cares? Yes, it is a little disappointing that Skyward Sword is now the beginning of the series (which was pretty heavily alluded to at the end of the game), and the largely forgetting The Minish Cap and Four Swords come before one of the best games of all time, Ocarina of Time, which would’ve served as a perfect beginning to any lengthy timeline, but still. Still. We now finally know how Nintendo thinks the Zelda universe ties together. 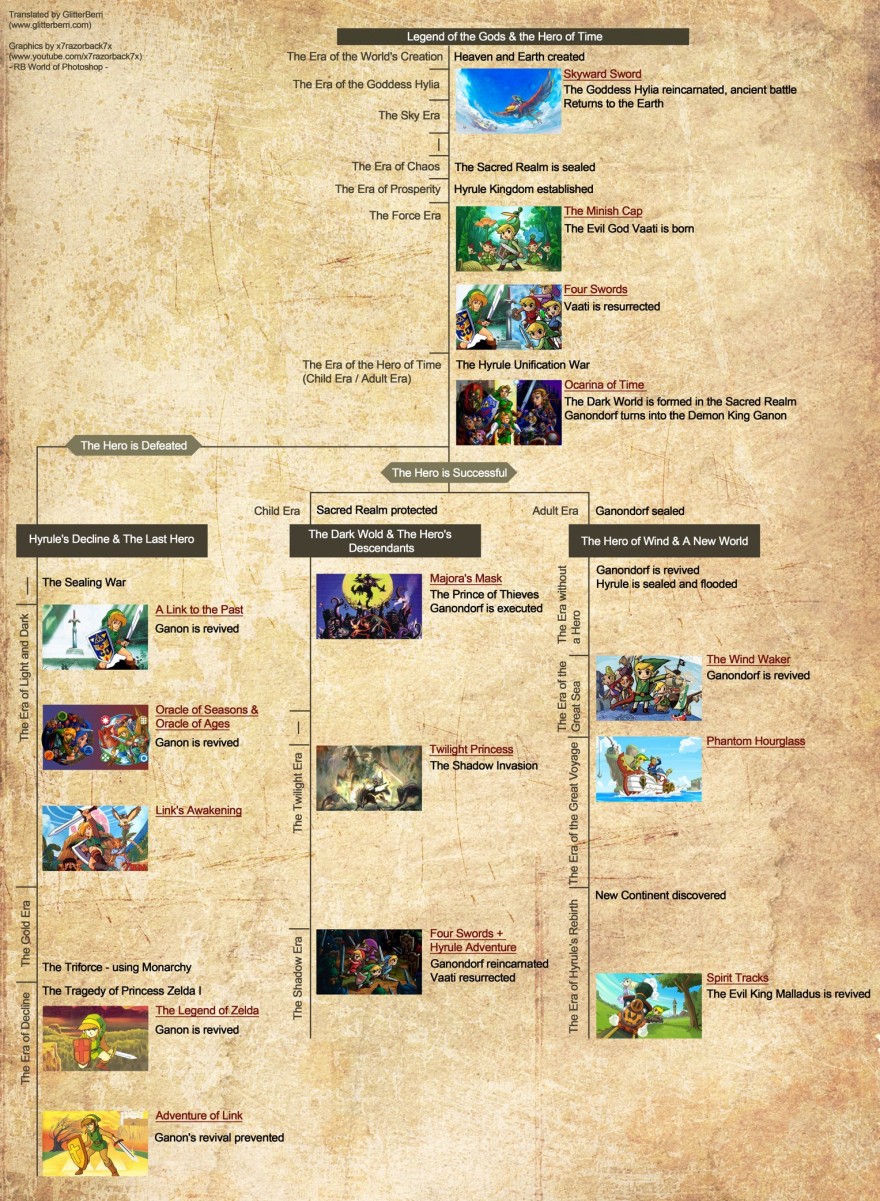