White House Says There Are No Alien Cover-Ups, No Extraterrestrial Contact 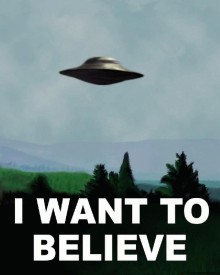 Perhaps in the vein of “ask a silly question, get a silly answer,” the White House has formally stated that there is no evidence of extraterrestrial contact with the Earth, and no efforts to hide said non-existant extraterrestrial activity from the public. But that’s just what they would say, isn’t it?

The response comes from Phil Larson of the White House Office of Science & Technology Policy in response to two We The People online petitions.For those unaware, We the People is an online petitioning system put in place by the Obama administration. Officials have said that any petition which reaches 25,000 signatures will be answered, but has since lowered the bar to 17,000. Neither extraterrestrial-related petition made it that far on their own, but taken together the two made the cut.

The first petition, which garnered 5,387 signatures, called for the President to, “disclose to the American people the long withheld knowledge of government interactions with extraterrestrial beings.” It goes on to call for the lifting of “unconstitutional secrecy oaths” which the authors believe have withheld the information from becoming public.

The second petition pulled in some 12,078 signatures, and makes similar claims as the first. It does, however, go a step further by citing an unnamed opinion polls which allegedly found that, “50% of the American people believe there is an extraterrestrial presence and more than 80% believe the government is not telling the truth about this phenomenon.”

In the face of such dramatic claims, Larson’s response is a touch underwhelming. However, he does spend the bulk of his response highlighting projects that are searching for extraterrestrial life, including the SETI project, and the exoplanet-seeking Keppler space observatory. He also mentions the forthcoming Mars Science Laboratory mission as part of NASA’s ongoing effort to detect traces of life on the red planet.

However, the efforts of the scientific community to find life in the universe has failed to strike a chord with the Paradigm Research Group. The group, who is named in the more popular petition, has issued a statement saying:

The White House has responded to the Disclosure Petition. The final signature count was 12,078. As expected it was written by a low level staffer from the Office of Science and Technology Policy – research assistant Phil Larson. The response was unacceptable.

But that’s just what they would say, isn’t it?

(We the People via Universe Today)