SETI is Back Online With a Little Help From its Friends 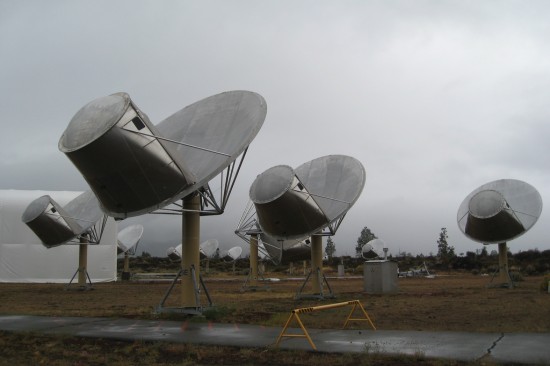 Back in April, the Search for Extraterrestrial Intelligence (SETI) Institute was forced to switch off the 42 radio telescopes it uses to listen for transmissions from other worlds. After losing funding from UC Berkely, the Allen Telescope Array (ATA) was just too costly to operate. Thankfully, more than 2,400 people chipped in and raised over $214,000 to be get the program back online and searching the skies by September.

The list of donors is impressive. In addition to thousands of everyday folks the list includes the Ringworld author Larry Niven, Apollo 8 astronaut Bill Anders, and actress Jodie Foster who portrayed a SETI researcher in the film Contact.

With one day left in this round of fundraising, the SETI Institute has raised nearly $15,000 more than they originally planned. The new cash infusion should keep the telescopes operating for five months, but the SETI Institute acknowledges that this isn’t the end of their financial woes. Their actively seeking partnerships with organizations like the U.S. Air Force, which SETI says could benefit from their ability to track near-Earth space debris.

Should they find organizations to partner with, they have big plans for the ATA. For one thing, the array’s original plans call for it to be linked with other telescopes for a grand total of 350 dishes. The institute is also seeking an additional $5 million in funding to pursue a follow-on project that would investigate the planets discovered by NASA’s Kepler probe. This kind of bold dreaming is only appropriate for such an organization.