Australian Ninjas Save Student From Mugger 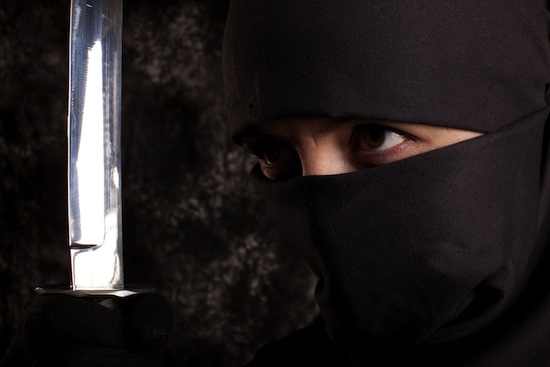 File this under ‘awesome’: Living in the big city tends to have it’s own perils, being mugged not being the least of them. So it’s understandable that places like Gotham, Metropolis, and NYC have superheroes to cover you better than insurance. Still, it’s nice to know that life can be as badass as fiction. A German med student down in Sydney, Australia was defended from muggers by a team of ninjas. No joke. I am so jealous!

“We started running towards them and they took off. They would have seen five of us in ninja gear … all in black with our belts on, running toward them,” ninja sensei Kaylan Soto told the Australian Broadcasting Corp. “I think they’re probably still running if I’m not mistaken.”

The victim suffered minor injuries, and the men stole his mobile phone and iPod, police said.

Police said Thursday that they had arrested a 16-year-old and 20-year-old and charged them with robbery. They were still seeking a third suspect.

Elsewhere, one of the aspiring ninjas rightly told an interviewer that “It was probably the worst place in Sydney where they could have taken him.”

Who will these heroes face next?