Newsreaders Premieres Tonight, But You Can Watch It Right Now 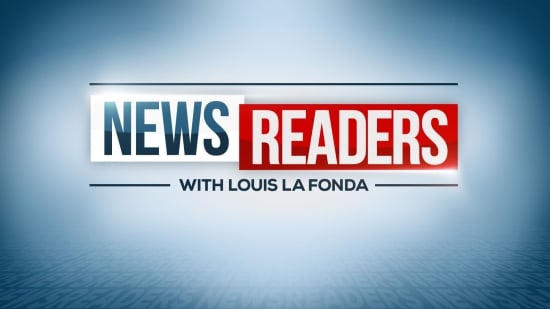 Tonight Adult Swim will be premiering their new show Newsreaders. It claims to be an “absurd take on the television news magazine format, a show that goes behind the stories that nobody else thinks are stories — because they’re not.” It’s a spin-off of their hit show Children’s Hospital which occasionally features the Newsreaders team. I took a look at the premiere episode and it’s so funny it made me wish all news shows were fictional.

The trailer premiered a while ago, but it was little more than a compilation of one-off jokes and lines from the show. That’s not necessarily a bad thing, but it didn’t do much to get me excited to watch it. It’s finest moment is Dave Foley shouting “I will shove that high-hat inside of you!” You can check it out here:

This morning I watched the premiere episode of Newsreaders, and the show is hilarious. It’s a parody of news magazine shows, which has been tried before, but Newsreaders hits in a different way than The Onion News Network. Newsreaders is less of a deadpan take on news, and much more exaggerated than The Onion. That isn’t to say one is better than the other. Both are great, but they’re less similar than it might appear at first glance.

Newsreaders plays like a fictionalized version of some of the best correspondent pieces from The Daily Show, and that’s not an accident. The showrunner behind Newsreaders is Jim Margolis, who was a longtime producer at The Daily Show. The rest of the creative team will sound familiar to fans of Children’s Hospital with Rob Corddry, Jonathan Stern, and David Wain serving as executive producers.

The show premieres tonight at midnight on Cartoon Network’s Adult Swim, but it’s already online. It’s worth checking out to hear Brian Posehn list places he tried to pick up girls in his van. Enjoy: