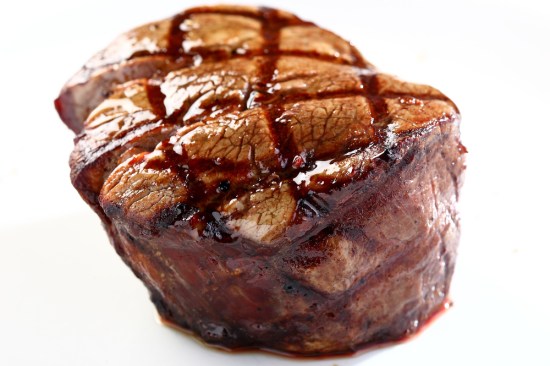 You might not think it would be possible, but through some sophisticated knife-wizardry, Oklahoma State University and their resident meat expert discovered a new cut of steak: The Vegas Strip. Supposedly, it’s secreted away inside the slab of meat that’s traditionally ground up for hamburger. Why only “supposedly” you ask? Well, OSU won’t say exactly what the Vegas Strip really is, because they want to patent it.

The logic is based around the idea that an algorithm can be patented, an idea that’s contentious at best. Traditionally, you can’t patent recipes or fashion, and algorithms are tricky ground; you can’t patent methods of solving algebra, for example, but you can patent certain kinds of software that are definitely algorithmic. The thought here is that the “steak patent” would actually cover the knife movements used to cut it. Seems awfully close to patenting the pen-strokes used to draw a picture or the physical motions used for a dance, if you ask me.

Generally, this is the area where a company would opt for the trade secret route. You can make anything a trade secret (well, anything involved in the production of a physical product that is then sold for a profit) and trade secrets will never expire. Since you can’t patent recipes, companies like Coca Cola and KFC have opted to make their formula and blend of herbs and spices trade secrets. As a bonus, trade secrets never expire like patents do. But if a trade secret is stolen, you’re out of luck; you can’t sue anyone to stop them from using it. Considering a lot of people would have to know the secret to this steak in order to mass produce it, the trade secret route would be pretty tricky. That’s why OSU is opting for the patent, so they can license the steak to specific plants. “License the steak.” Man that sounds wrong.

Patenting methods of food production, however, isn’t completely unheard of. Steak-Umms and KFC Popcorn Chicken both had patents on them. It’s a thin line to draw between an industrial production process and a recipe, but this new steak patent might give us reason to start considering it. Given that the huge collection of increasingly restrictive patents has been clearly affecting innovation in a negative way, it’s probably best that this steak remain unpatented because, after all, a patented steak does sound absurd. That doesn’t mean it won’t be awarded a patent. Much, much more unworthy things have been issued patents, but if this doesn’t bring the “patent everything!” train to a halt, I’m not sure what will. Now if you’ll excuse me, I’m going to go patent my method of making salad. You know, the one that involves the tossing of lettuce.

Can’t you see how much is at steak here?!