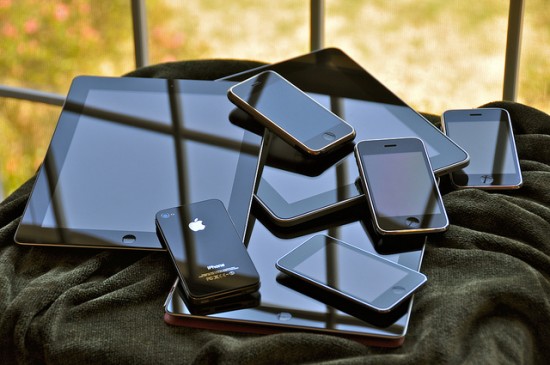 Patent trolls have something of a reputation for overreaching when it comes to the lawsuits they file. In just the past few months, for instance, trolls have claimed they have patents on microtransactions in gaming, buttons that type smiley faces, tweeting in public, and Wi-Fi in general. If none of that sounds outlandish enough for you, you might be interested in a new suit being filed against Apple by a company called FlatWorld Interactives. What are they staking claim to? Not much, just the touch technology behind every single Apple device that has ever had a touch pad.

The patent in question here , U.S. Patent #6,920,619, was issued in 2005 and is titled “User interface for removing an object from a display.” The technology the patent covers is a touch-based system used primarily for allowing children to move virtual objects around a screen as part of interactive museum exhibits. The technology outlined in the patent, “Show Me Tools,” was first used shortly after the patent was filed in 1997, and since then only twice more, once in 2008 and once in 2009, both instances occurring well after Apple’s iPhone launch in June of 2007.

Now, despite the fact that FlatWorld seems to have no website or any other foothold in the real world, Professor Slavoljub Milekic, the patent holder, has filed a complaint claiming that the iPhone, the iPod touch, the iPad, the sixth-gen iPod nano, and any Mac with a Magic Mouse or Magic Trackpad all infringe on his patent, seeming to imply that, specifically, they infringe on its claim of certain velocity-based gestures. Where things get a little complicated, however, is when it comes to Apple’s acknowledgement of this patent. According to Ars Technica, some of Apple’s own patents actually cite Milekic’s patent as prior art, thereby confirming that Apple was aware of it. Since that’s the case, if i is decided that Apple is infringing, it’s a small leap to willful infringement, which is a bit more sinister of a charge.

That being said, Milekic’s patent claims some very specific gestures and behavior that lends itself to a very narrow interpretation. In this case, Apple very well may have been aware of the patent, but also quite confident that its very specific claims had nothing to do with the iPhone. If FlatWorld were to win this case, it would quite obviously shake up a very huge part of the tech industry, but considering FlatWorld’s relative inactivity — it hasn’t used the patented tech nearly 3 years, and took a good long time to file a complaint — its unlikely this is really going anywhere. But you might just want to brush up on your T9 skills anyways, just in case we get blasted back to the stone age.