Court Rules That Code Isn’t Physical And Cannot Be Stolen, Only Copied 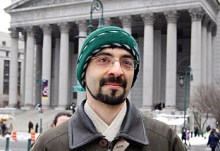 In December of 2010, former Goldman Sachs programmer Sergey Aleynikov was convicted of theft of trade secrets when he took some exclusive code out the door with him. This past February however, Aleynikov’s conviction was overturned due to a ruling in 2nd Circuit Court of Appeals. Now, the court’s opinion has finally been published and it’s been made clear exactly why this conviction was overturned; code is not a physical object and cannot be stolen. The code was not stolen from Goldman Sachs, only copied. Since Goldman Sachs was not deprived of its use, it wasn’t theft.

For all of us who have been banging the “piracy is not theft” drum for years, this is a significant victory in redefining the terms of theft to more accurately reflect the digital world. There is, however, a little more to unpack in this particular case, which makes things as complicated as it makes them interesting. Let’s get some of the details straight here first. The code that was stolen was had to do with the firm’s high-speed trading system, which they alone possessed until Aleynikov walked away with it. He was then charged and convicted under something called the Economic Espionage Act of 1996 (EEA), which pertains to the theft of trade secrets and such, as well as the National Stolen Property Act (NSPA) which relates quite literally to stolen goods.

There are really two main things at play here. First and foremost, there’s the whole piracy versus theft thing, and the fact that — as far as the court is concerned — code is not a physical object. The NSPA makes it illegal to “transport[], transmit[], or transfer[] in interstate or foreign commerce any goods, wares, merchandise, securities or money, of the value of $5,000 or more, knowing the same to have been stolen, converted or taken by fraud.” Since the code isn’t a physical good and was not literally stolen, the court ruled, the NSPA doesn’t apply.

Here it’s worth noting that while Aleyniko didn’t literally steal the code or deprive Goldman Sachs of its use, he did deprive them of something: its exclusive use. The real kicker though, is that he didn’t deprive them of it by taking it for his exclusive use; he deprived them of its exclusive use by effectively destroying its exclusive use. Just think about that for a minute. It’s a lot more complex than words like “theft” or “copying” or “piracy” can really sum up. That said, it’s still soundly in the realm of trade secrets. If you were to take a picture of the fabled Coca Cola recipe, that’s pretty much the same thing. Or is it?

That’s where the second part comes in, the classification of this code as a trade secret. For those of you who don’t know the skinny on this, a trade secret is essentially the best alternative to a patent. Patents secure exclusive use, but they expire. Trade secrets, on the other hand, do not secure exclusive use in any legal sense — you can’t sue to prevent the use of a stolen trade secret — but they also don’t expire. A trade secret is exclusive to you as long as you keep it under wraps, ideally forever. Trade secrets are legally protected from theft however, in that you can charge the thief, but once they’re out, they’re up for grabs.

The EEA illegalizes the theft of trade secrets insofar as “they are related to or included in a product that is produced for or placed in interstate or foreign commerce,” or in other words, trade secrets that you use to make a thing that you sell to people, like the Coca Cola recipe, for instance, or that famous blend of seven mysterious herbs and spices. The code at hand here just helped Goldman Sachs make stock and commodities trades in high volume and do it fast. They weren’t selling anything the code was used in or used to produce and they weren’t going to liscense the code. Therefore, the court ruled, the EEA doesn’t apply and considering that piracy isn’t literal theft, Aleyniko walks on a pair of interesting technicalities.

It’s fascinating really, and speaks to the legal complexities of an increasingly digital world, one where words like “theft” need to stop being thrown around so carelessly. Now that’s not to say Aleyniko didn’t do something to harm Goldman Sachs, or even whether or not he did something that he deserves to be punished for. That is a different question entirely. It does deepen the rabbit hole of what code is in the eyes of law. If your ostensibly trade secret code can be copied and the guy who took it can walk, maybe trade secret isn’t the way to go. A ruling like this is going to make patenting code look a lot more appealing all of a sudden, and patented code is a whole other huge mess. And while this ruling may encourage code patenting, it’s hardly a cut and dried precedent considering that Goldman Sach’s particular trade secret code was of a weird, non-commercial variety. Then again, social networking code doesn’t have any direct commercial applications either, so what if Aleyniko had stolen some code Facebook is hiding somewhere off in a secluded cyber-closet?

The issue of theft and misappropriation of code and other digital information is definitely a very complex one, and this ruling — if nothing else — calls attention to and respects that fact by refusing to simply fall back on the inappropriately simple conclusion “oh, it’s theft.” The Internet blew up in popularity a while ago, but the legal system clearly still has a lot of catching up to do. Hopefully we’re watching the construction of a new, unique lexicon and logic surrounding the realities of a digital world, and I don’t know about you, but I’ll be watching with rapt attention and bated breath.

Relevant to your interest in code and law