Warner Bros. had planned on holding out until WonderCon to debut this trailer, but the gigantic robot cat is out of the bag now. The new Pacific Rim trailer is a solid two-and-a-half minutes of huge robots fighting huger monsters, because that’s exactly what people want out of this movie. They get into a little bit of the story. Something about aliens invading. I don’t know. There are too many skyscraper-sized robots punching weird monsters in this thing to focus on whatever plot they’re trying to convey.

That’s not even meant as a dig. I’m pumped for this movie, because after three Transformers flicks it’ll be nice to finally watch a giant robot movie where I can distinguish the good guys from the bad guys. Besides the action sequences, we do see a bit of the world of Pacific Rim. That world features a lot of news coverage, Charlie Day, and a smooth-as-hell looking Ron Perlman. 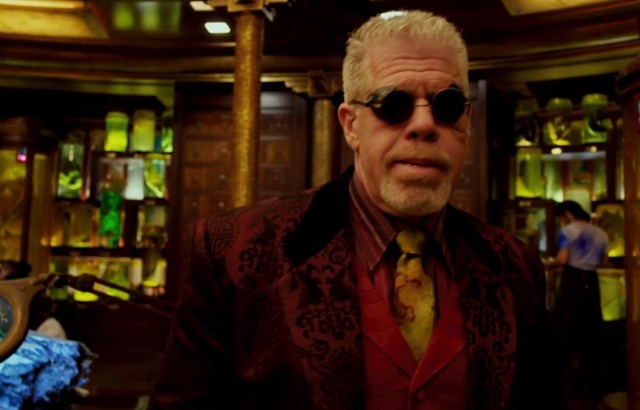 Seriously, Ron. What is that jacket? Velvet? It looks great on you.