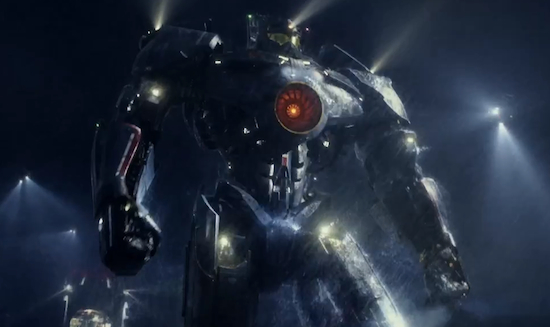 It looks like in the not-too-distant future engineers will have successfully improved and integrated the mechanics of Steel Battalion controllers into the actual operation of towering mecha robots which activate by performing a quick pop n’ lock — those inept at dancing need not enlist. And because this movie is already up to its neck in the West’s sensationalized conception of Japanese culture, the producers saw it appropriate to add a gratuitous sword-fighting scene, because, you know, those tend to happen on a regular basis in Japan. Still, really, this movie looks amazing!