In the latest TV spot for the highly anticipated Captain Marvel, we see Carol doing what she does best: fighting, glowing, and kicking all kinds of ass. But a new addition to the trailer has got us wondering about a potential new Avenger who may be joining the squad. In the spot, Carol asks a little girl how she looks, and the girl says “fresh” before they high-five.

The girl in question is Monica Rambeau (Akira Akbar), daughter of Carol’s Air Force BFF Maria Rambeau (Lashana Lynch). And if that name sounds familiar, it should. Monica Rambeau was the first female Captain Marvel, well before Carol Danvers. Rambeau made her comics debut in 1982, a creation of Roger Stern and John Romita, Jr. to take up the mantle after the death of Mar-Vell. 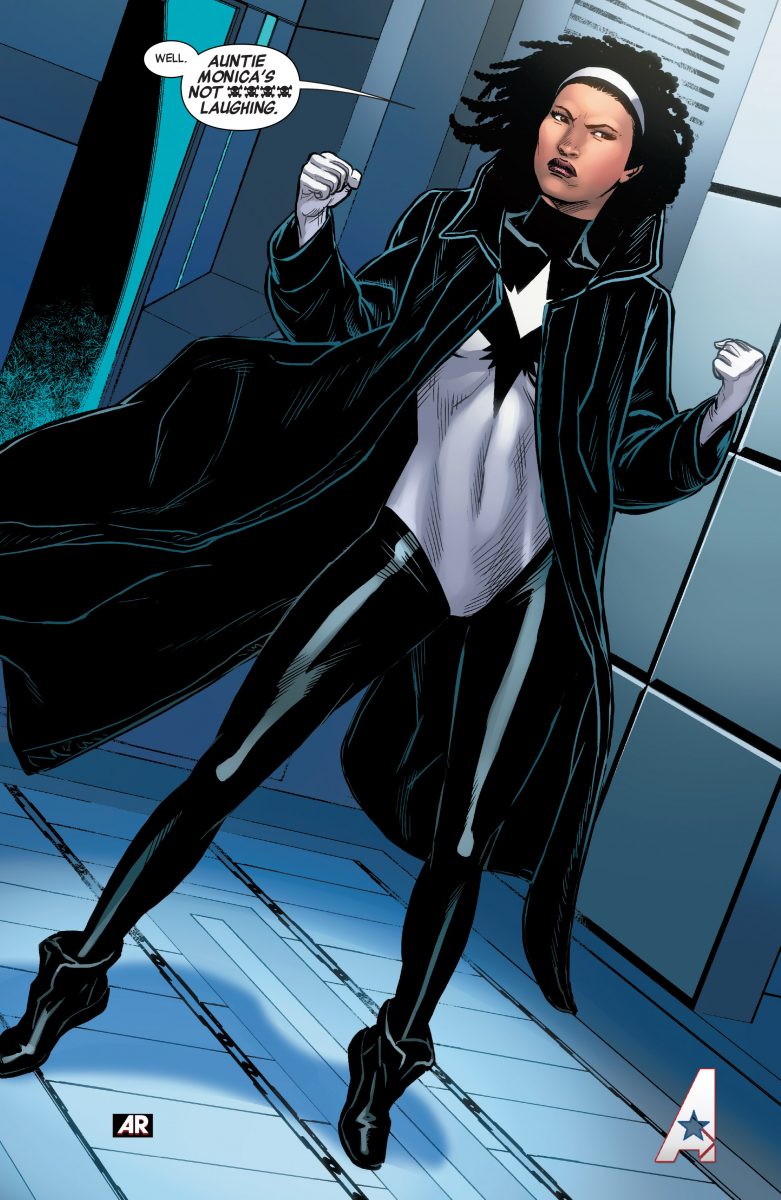 Monica appeared as Captain Marvel off and on throughout the 1980s, and was the first African-American Avenger, even leading the team. However, she never headlined a book or series of her own, and instead was bounced around as a minor character for years. Eventually, Marvel replaced her with Genis-Vell, Mar-Vell’s son, and Monica was then relegated to other characters, going by Photon and Pulsar.

Monica was most recently seen under the moniker Spectrum, with the power to manipulate all energies of the electromagnetic spectrum. And now, it seems like the oft-maligned heroine is poised to step into a major role in the future of the MCU. While Monica is just a kid in Captain Marvel, she’ll be an adult in the present day world of Avengers: Endgame. Will Carol Danvers take her under her wing and mentor her? Will Spectrum become a new Avenger?

It’s yet another in Marvel’s promising moves towards a more diverse, inclusive chapter of the MCU. Spectrum would be the first onscreen African-American woman Avenger to join the team. And in case that isn’t enough Captain Marvel content for you, Brie Larson has posted a new extended action scene of her battling a Skrull on the top of a train.

March 8th can’t come soon enough. What do you think of Monica Rambeau/Spectrum potentially joining the Avengers? And who do you think should play the grown up Monica, who would be somewhere in her early 30s in the current timeline?