Netflix Will Have Its Own TV Channel Starting Monday 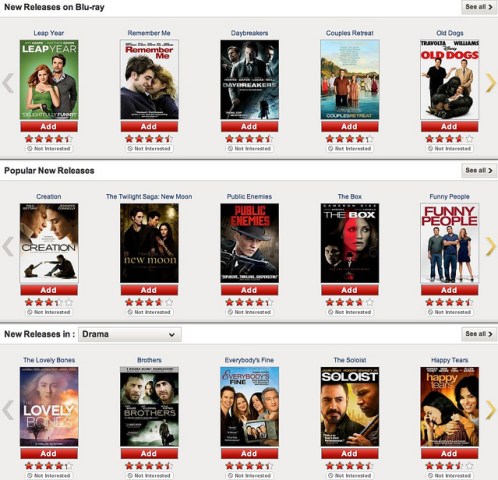 Are you interested in accessing old options through an increasingly irrelevant medium? Netflix’s newest attempt to win the streaming service wars will offer content in a conventional way: starting this Monday, over 500,000 TV subscribers will have automatic access to a Netflix channel. So do we just call them “Flix” now, or what?

The Washington Post reports that at the end of this weekend, Netflix customers who also already subscribe to either RCN, Grande Communications, or Atlantic Broadband will be able to access the entire streaming service as if it were a normal TV channel. Netflix has negotiated with content providers to allow  streaming on cable boxes, so eligible customers must also have a cable-provided TiVo. Netflix: The Channel will initially be available to the 500,000 members who also already use one of the three cable providers, but that number could obviously rise if enough customers are tempted to commit to one of the companies.

We’re making Netflix a channel on our lineup and in our channel guides, if you’re an RCN customer, perhaps in the D.C. area you would pick up your remote control, you would tune to Channel 450, and there you’d find Netflix. You’d select it and that’ll launch the Netflix app. Literally, watching Netflix is as easy as changing the channel.

The appeal for subscribers should be the ease with which they can watch Netflix like a channel, without switching remotes or input on their TV. However, considering the great HBO Go blackouts of 2014 and Amazon Prime’s latest win, I think Netflix might be slightly out of touch with their consumer base if they think adding a cable channel will make them more competitive. Easy TV watching seems especially irrelevant considering Netflix CEO Reed Hasting announced this week that due to recently “improving the content selection” the company will be increasing prices.