All men must die, but cable providers are not men. 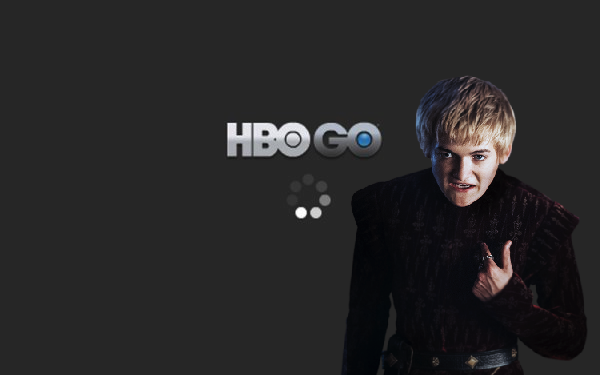 Those of us who were naive enough to think HBO might have fixed their mistake after the True Detective season finale were pretty disappointed when we couldn’t watch the GoT season premiere last night, even hours after it first aired. Here’s what HBO should learn from this mess if they want their streaming service to be taken seriously.

HBO GO is admittedly very easy to spread thin as a streaming service, because often the amount of people is exponentially larger than the amount of people who are actually paying for it. I don’t even pay for it myself, and between all the different members of my family and their friends, I have no idea how many of us are sharing one password. However, I don’t believe that people in a similar position to mine “don’t get  to complain” or should expect shoddy service.

Painting all HBO GO users as moochers not only fails to take into account the paying users who might depend on streaming instead of a DVR, but also ignores the vast number of people who would be perfectly happy to pay for HBO but who cannot afford to pay for regular cable on top of it, or just don’t want to.

This is why HBO needs to consider offering a paid subscription option to people who don’t have cable. While it’s understandable that HBO’s parent company, Time Warner Cable, would be hesitant to cut the network’s ties to cable entirely, it should be obvious that no cord-cutter is going to jump back on the cable wagon just for HBO at this point. The amount of content that Netflix, Hulu Plus, and Amazon Instant Prime offer between them — and the rate at which all three companies are growing — are typically enough for those kinds of people, and one channel (that’s overwhelmingly easy to illegally torrent) is not going to make a difference in that fight. TWC is not only hurting the amount of money they could be getting from possible non-cable HBO subscribers, but they’re burning a possible transitional bridge out of cable and towards where all the money will eventually go.

Regardless of whether or not HBO chooses to bring those would-be money-givers into the fold, however, HBO GO still should have been on top of their servers this time around, especially so soon after the True Detective finale shut them down the first time. Again, it’s understandable that the service would have issues, but understandable does not mean acceptable. Have you ever seen a live performance where the microphones didn’t work, in a venue that probably could have been fine without microphones in the first place? It’s embarrassing watching the sound guys fumble to do their jobs correctly in that kind of setting, and HBO GO’s failure to work at the right time is upsetting for all the same reasons.

No one necessarily expects technology to be perfect, but if you’re going to use a particular type of technology, then you need to also expect it to fail and adjust accordingly. It’s not as if HBO didn’t know that this most recent outage wasn’t a possibility, given how much more popular Game of Thrones is than True Detective, a first-season show with little to no marketing budget. That they appear to have done nothing to bolster their servers between March 9th and now speaks volumes about how little they care about HBO GO in the first place. Why even bother making it available as a service, then? Why not take that money and give it to the shows you produce instead? You’ll be just as outdated and behind the current trend of TV-watching as you are now, but you also won’t actively be making yourself look like idiots in the process.

Of course, it’s entirely possible — and incredibly likely — that HBO will instead wield these service outages as a badge of pride. After all, having a season premiere be so popular that it breaks the network’s streaming service is much more effective marketing than those “All Men Must Die” posters will ever be. In fact, they’ve been surprisingly sassy about the whole debacle on their Twitter page:

Looks like there’s trouble in the realm. Apologies for the inconvenience. We’ll be providing updates, so please stay tuned. #GameofThrones

Having trouble accessing @HBO GO? Send a raven. @GameOfThrones will be available soon on HBO On Demand with some cable providers. — HBO GO (@HBOGO) April 7, 2014

We’re sorry for all of the trouble, but if you’re an @HBO subscriber, the @GameOfThrones premiere replays at 11 PM EST.

See that last one? “If you’re an HBO Subscriber.” Nice. Don’t hold back, let us all know what you really think of us. At least we aren’t the ones offering services that don’t work when it counts.