They should produce a documentary about a comedy special that's all jokes about House of Cards. 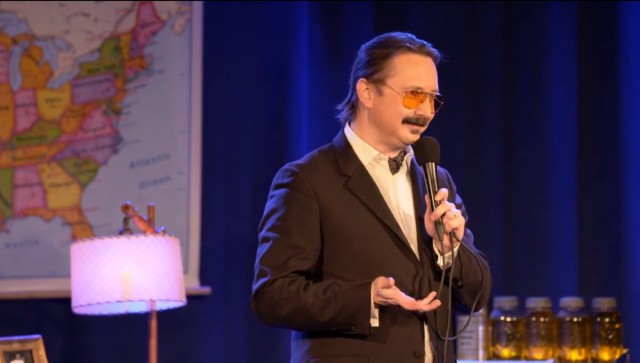 Netflix is already one of the best outlets for watching documentaries and comedy specials, but in a letter to shareholders they announced that they’ll begin producing them as well. The company has already shown they’re capable of quality content, so it’s nice to see they’re branching out into new genres.

Besides it’s original scripted programming, Netflix also dipped their toe into the original comedy special waters with John Hodgman’s Ragnarok which was released last month exclusively as a Netflix Original.

Currently almost 100% of my Netflix viewing is devoted to watching all of Cheers and tweeting every drink ordered on the show, but I also use it to watch a lot of documentaries and comedy specials. The idea that not only are they adding more of those kinds of content, but producing their own is exciting, and according to Hodgman, it’s the future. In a blog post on his website announcing the special’s release he said:

This is how TV, film, and comedy should and is going to be enjoyed: smart people curating great content in an ad free environment; artists cultivating their own audiences directly; and those audiences finding and enjoying the precise work they want on a schedule of their choosing.

As a comedian, comedy fan, and someone who gets all of his television through the Internet, I hope Hodgman is right. And really, of course he is. He’s John Hodgman.

(via The Verge, image via Netflix)