Netflix Gets 14 Emmy Nods for House of Cards, Arrested Development, and Hemlock Grove

If anyone on the planet hadn't gotten the memo that some of the best TV being done today isn't on TV, this should drive that message home. 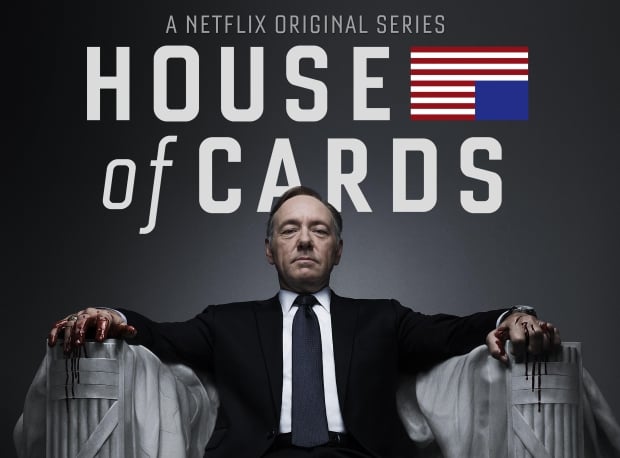 Those of you who are up early watching the Emmy nominations roll in this morning — as well as, y’know, those of you who know where Twitter is — have no doubt already heard, but it’s worth mentioning that Kevin Spacey just landed a well-deserved Emmy nomination for Best Actor for his work in the Netflix original series House of Cards. That will come as no surprise to anyone who watched the excellent political thriller produced by Netflix this year, but considering it’s the first Emmy nomination for a Netflix show, it’s a noteworthy, if not entirely unexpected, achievement. That it’s one of 14 Emmy nominations for original content on the streaming service says a good deal more.

The nominations cement streaming television, and particularly Netflix, as the official go-to place for well written, artfully done, high quality programming like House of Cards, Arrested Development, and Orange Is The New Black. Also, you can watch Hemlock Grove there, which you should totally do,

UPDATE: An earlier version of this article stated that Hemlock Grove was snubbed. In fact, the show received two Emmy nominations for Outstanding Special Visual Effects and Outstanding Main Title Theme Music, bringing the total of Netflix nominations to 14. We regret the error, and have never been so delighted to make a correction.

Spacey’s Emmy nod, along with eight more for House of Cards, three for Arrested Development, and two for Hemlock Grove, marks the official recognition that streaming original content has arrived — and with a fourteen Emmy nominations under its belt, it’s not going anywhere. Now while you, dear Geekosystem reader, have known this for some time, you should remember that our readers are typically more savvy and have better taste than the public at large. You also tend to be better looking, smell great, and can I just say, I love what you’re doing with your hair lately. (Hey, by the way, you’ve liked us on Facebook, right? Cool, just checking.)

For the folks who still have yet to get the memo on original streaming content being as good as or better than traditional television, though, the Emmy nominations provide a can’t miss neon billboard that the format has arrived, and that it’s only going to get more relevant. Original streaming content is the new cable — an edgy, upstart format not afraid to push boundaries and offer a platform for shows that might not get made otherwise. Cable, once the scrappy underdog, is the new network TV, home of the must-watch shows that everyone is talking about, like Breaking Bad, Mad Men, and Game of Thrones. Of course, this means network TV is the new waffle iron — something everyone has in their house, but seldom uses.

I’m kidding you guys! Network TV tries really hard, and is sure to land some sort of Participation Emmy this year. Those are a thing, right?