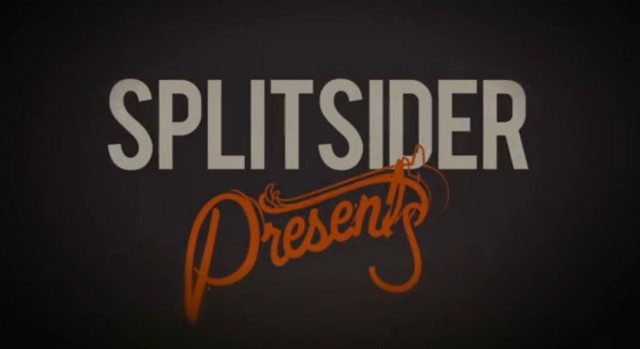 One of the challenges in both filmmaking and comedy is getting your work to the audience. The Internet has helped make great strides on that front, but just because someone can watch something online doesn’t mean they will. Splitsider just launched a new service to distribute films and comedy specials for five dollars each, DRM-free. I spoke with Splitsider founder Adam Frucci about the project, and the film that inspired it.

Frucci says that the Splitsider Presents project has been in the works for about a year now, and the process began when he saw the film The Exquisite Corpse Project. He said he really loved the movie and that it, “inspired the idea for the whole [Splitsider Presents] label.”

If you’re not familiar with the term, “Exquisite Corpse” refers to a method of making art where a group of artists take turns working on the same piece. It’s not your typical collaboration though. One person starts the piece, then hands it off to someone else, who then adds to it before passing it off to someone else. They don’t work together. They work in shifts. Think of trying to write a book, but you only write the first chapter. Then someone writes the second, and another person writes the third, and so on. Now think of it if you weren’t allowed to read the earlier chapters.

That’s what the sketch comedy group Olde English did with the script for The Exquisite Corpse Project. They each wrote fifteen pages of the script, but were only allowed to see the last five pages the person before them had written. It makes for an interesting finished product. The Exquisite Corpse Project combines the produced script with documentary elements. It’s genre-bending, but it seems more out of necessity than on purpose.

Take a look at the trailer to get a sense of what the movie really is:

It’s bizarre, but in the best possible way. If you’re not sure you’ll like it, I recommend you give it a chance anyway. After all, it’ll only cost you $5 to download the movie completely DRM-free. That’s part of the appeal of Splitsider Presents. It follows in the path of what Louis C.K. did by offering his standup specials through his website for $5, also DRM-free.

Unlike C.K. who released his specials on his own, Splitsider Presents is a label, so not all of your $5 goes to the comedians and filmmakers. Some of it goes to Splitsider, but Frucci’s post on Splitsider indicates the “lion’s share” goes to the artists themselves. I asked him to quantify what he meant, and he told me Splitsider will be taking twenty percent after fees, so artists can expect around seventy percent of the cut, or about $3.50 per transaction. Not a bad deal, especially when you consider that not all comics are Louis C.K. and they can probably expect a boost from Splitsider’s credibility as a force in the comedy world.

Frucci told me he decided on the model because he thinks digital rights management is just a huge pain for everybody involved. It’s a measure of trust in the audience not to pirate Exquisite Corpse or any future Splitsider Presents releases, but even if people download the movie through nefarious means, Frucci hopes they’ll come back to buy a legitimate copy. Based on the success of C.K. and other comedians with this model, I don’t think his trust is entirely misplaced.

Right now Exquisite Corpse makes up the complete body of the Splitsider Presents library, but Frucci says that will change soon. The goal is to use Splitsider Presents as a label to distribute both finished films and standup specials. The company is even looking into producing their own standup specials in the future. Frucci wasn’t ready to make any announcements about upcoming releases, but he said they’re talking with a few people about different projects.

At the moment there’s no set date for Splitsider Presents’ next release, but Frucci told me he expects to release a video every few months. While you wait for more releases, you and your five dollars can head over to the Splitsider Presents site and pick up The Exquisite Corpse Project.