Master of karate and friendship for everyone. 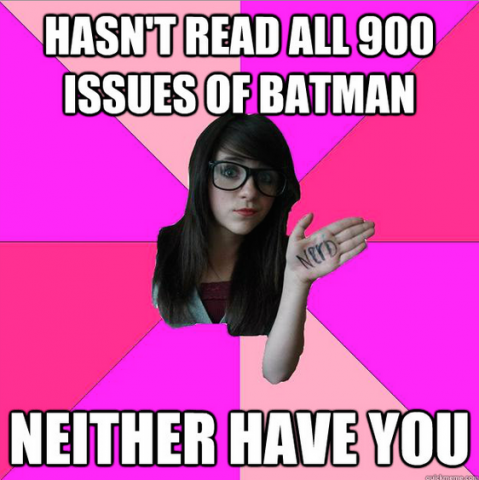 Neil Gaiman’s on a bit of a roll lately. First he threw shade Doctor Who’s way for their lack of female writers, then he further addressed the imbalance and offered advice for writers looking to secure themselves a wibbly wobbly, timey wimey gig. Now he’s taken on one of my personal pet peeves: The idea that there’s any such thing as a “fake geek.”

Asked on his Tumblr “What’s your opinion on there being ‘fake’ and ‘real’ fans/nerds?,” Gaiman responded:

Until I meet any obviously fake human beings — and I think they’d have to be held together with glue, or have the eyes painted on, or really be dolls or slugs or something — I think all people, not to mention fans, nerds, geeks and suchlike are real.

People at my signings sometimes tell me, apologetically, that they aren’t real fans, they’ve only read one book or a single comic, not like the people who know every obscure reference I make and win quizzes on my life and times that I would probably fail. And I tell them I’m glad they read the book. And I am.