Neil Gaiman Is Not Impressed With Doctor Who‘s Gender Imbalance 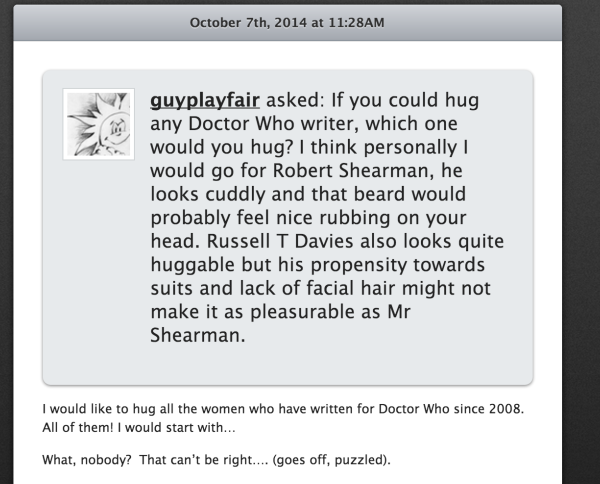 Do you know exactly how many women have written for Doctor Who since 2008? None. Zero. Zilch. Nada. You know who else knows that? Neil Gaiman. And he’s not impressed.

Responding to an Ask from Tumblr user GuyPlayFair, Gaiman laid down the sarcasm hard. Slay, Gaiman. Slay ’em all.