All men must die then rise again, soldiers in Queen Natalie's immortal army. 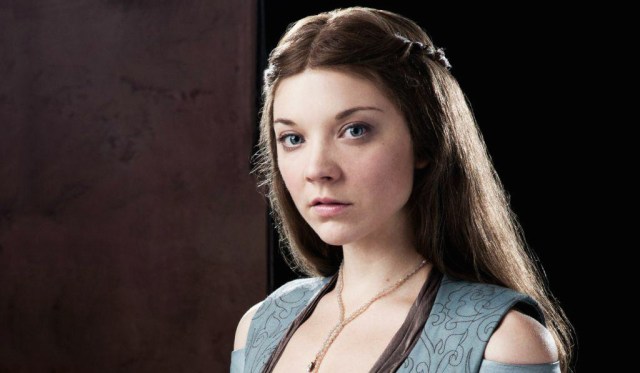 According to ComingSoon.net, the Game of Thrones and Hunger Games actress has taken a lead role in Patient Zero, an upcoming zombie flick helmed by Stefan Ruzowitzky, the director of the Academy Award winning The Counterfeiters. Here’s the synopsis thus far:

Patient Zero takes place in a post-outbreak zombie apocalypse and follows the adventures of one man who has the unique ability to speak with the undead and who hopes to use his gift to discover a cure for the plague and his infected wife [presumably Dormer, though we don’t know for sure].

Although the last thing I want in in an action movie starring Natalie Dormer is for her to be at the mercy of her husband’s linguistic skills, I’m still ridiculously excited by this casting. Zombie Natalie Dormer! And not in Pride and Prejudice and Zombies, either! In a gross, gritty cummerbund-free flick!

In other kick-ass new for the ladies of GoT, Rose Leslie has filmed an exclusive video for Uinterview to share her views on the Season 4 rape of Cersei and the franchise’s portrayal of gender roles overall.

Leslie’s thoughts on the way women wield power in Game of Thrones actually echo statements Dormer made at this year’s Women Who Kick Ass panel at SDCC, and it’s interesting that both actresses are focused on how their characters cope with the brutal realities of their lives, rather than the brutalities themselves. WinterIsComing.net points out that many problematic scenes in the show differ from how they were originally written despite Leslie’s belief that “the show is very loyal to the books,” but it’s still awesome to hear the actress speak so eloquently about an issue that she could have just as easily remained quiet on.