NASA Employees Take Sweet Photo On Own Dime, Get Investigated for Misuse of Funds 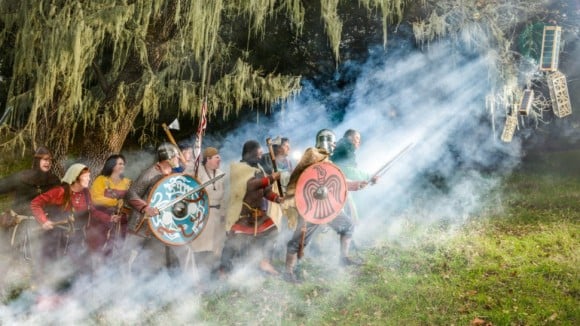 Ved Chirayath is a fashion photographer. He’s also a graduate student in astronautics and an employee at NASA’s Ames Research Center, and he organized the creation of this photo, featuring Ames’ director Dr. Simon P. Worden alongside a reenactment group. He did so in his own time and at his own expense, purely in the hopes that making a photo that drew a connection between our modern efforts at exploration and some historical explorers that have firmly ensconced themselves in the “cool” box of modern sensibilities would mean that “maybe one day some kid [would] look at it and say, ‘I want to work for NASA.’”

Which is great! What’s not great is that Senator Charles Grassley instigated an investigation into whether the photo was taken using agency funds, which has now probably cost more than the photo would have, if it had used NASA funds. Which, you know, it didn’t.