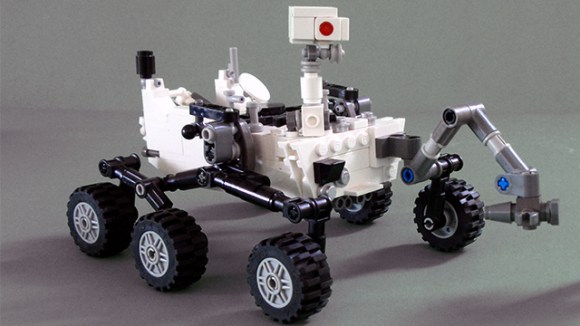 While we’re anxiously awaiting the final decision on a female minifig set from LEGO, we’re happy to report they’ve decided to make a Mars Curiosity rover for us to learn from. Originally designed by NASA Jet Propulsion Laboratory’s mechanical engineer Stephen Pakbaz, the set was supported by folks on the Lego Cuusoo website and finally approved by LEGO. Unfortunately, Pakbaz’s success meant the failure of another LEGO set we were really hoping for – Portal. But they say they are still considering it so don’t drop them into the incinerator just yet.

(via I Heart Chaos)