Gwyneth Paltrow Is Hawking Magic Healing Stickers Made From Spacesuits & Yeah, NASA Would Like a Word 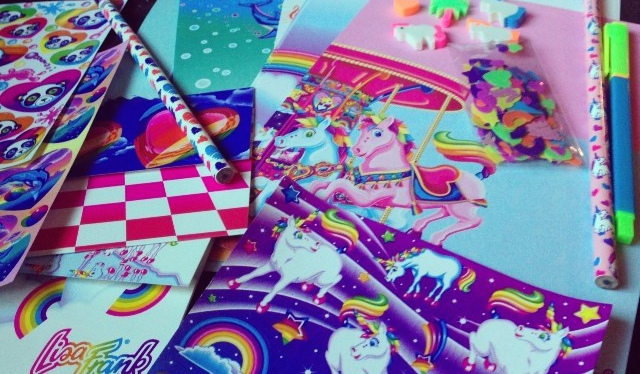 We all know by now that Gwyneth Paltrow doesn’t know what’s being sold on her website. (Either that or she claims not to so as to avoid criticism for selling truly stupid nonsense.) Still, no number of occasional damage control this medical advice is not written by medical professionals disclaimers can make the fad products being linked to and sold on her site any less ridiculous.

Like, for instance, when Goop tries to promote stickers made from NASA spacesuits that claim to get your body to its “ideal energetic frequency.” See now, I’m not sure if you’re aware, but according to these non-doctors, stress and anxiety can deplete our natural energy reserves, and the only solution is space stickers. “Body Vibes” stickers go on your chest or your left arm or shoulder, come pre-programmed with space technology to “fill in the deficiencies in your reserves, creating a calming effect, smoothing out both physical tension and anxiety.”

I wouldn’t have thought that’s real, but it says it on a celebrity’s website, so you know it’s true. Plus, they cost $120 for a 24 pack, and nothing that costs more than $100 could be a lie, right?

Over on the “Science & Technology” page of Body Vibes’ website, we learn that the stickers are “embedded with a specific combination of bio-frequencies designed to enhance and activate particular targeted systems.” The stickers are made from “an exclusive material originally developed for NASA.” This “carbon fiber compound” can hold “specific frequency charges that naturally stimulate the human body’s receptors.” Wow! Those sure are some impressive science words.

Just look at the stickers healing the world:

What if they chose compassion rather than narcissism, tolerance rather than fear, love rather than power, what would that look like? #imagine #allyouneedislove

THEY OPEN YOUR MIND, GET IT.

Open your mind before you open your mouth… or your legs 💡

(Side note, WTF is that caption?)

So what does an actual representative from NASA think of this? According to Gizmodo, former chief scientist at NASA’s human research division Mark Shelhamer also said “Wow.” As in–actual quote–”Wow, what a load of BS this is.”

Shelhamer calls Body Vibes’ and Goop’s claims “snake oil,” saying astronauts don’t even have suits lined with carbon fiber, or if they did, it sure as hell wouldn’t have any monitoring/bio-frequency purpose.

Goop has now removed their claim that the suits are in any way affiliated with NASA and reminded Gizmodo that their website doesn’t recommend products, they merely want to “encourage conversation.” Despite the fact that the site’s headline says these are “Wearable Stickers That Promote Healing (Really!),” that “really” was just, you know, a conversation starter. Well, good job, because now we can all engage in conversation about how abysmally laughable your website is.

Body Vibes, on the other hand (still linked to by Goop), looks to stand by their science. Of course, if you spend $120 on the Lisa Frank knockoffs and don’t feel the “mobile software” filling your deficiencies, it’s probably just because “some people experience immediate benefits, while others realize the results over time.” Another couple of hundred dollars should do the trick.