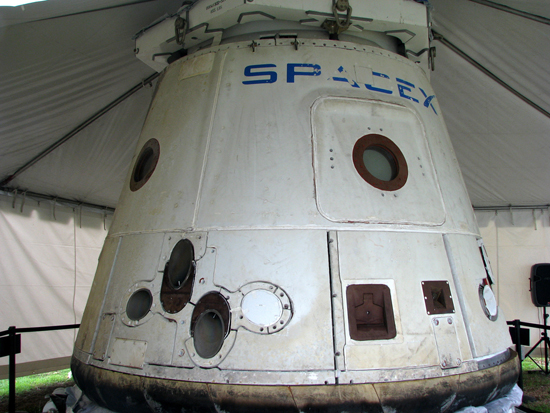 The last shuttle launch drew more than its fair share of tears. For many Americans, the shuttle program was essentially what defined “space” in their minds. With that part of the nation’s history over, NASA is looking at the commercial space industry for development. Between the Sierra Nevada Corporation, Boeing, and SpaceX, NASA has awarded over $1.1 billion to further explore commercial spaceflight.

The three companies technically were awarded their specific totals for different reasons, but they all fall under the same umbrella: Continued manned operations in space. The breakdown is fairly evenly split between Boeing and SpaceX with the Sierra Nevada Corporation lagging a bit behind. All three, however, are designated for their own particular vehicle’s development. It’s clear NASA wants options and so is hedging their bets.

The Sierra Nevada Corporation received a $212.5 million contract to continue their work on the Dream Chaser program. Of the three companies, the Dream Chaser most resembles the shuttles of yesteryear. Boeing pulled in the biggest contract at $460 million for their own commercial spaceflight programs, specifically the CST-100. The Dream Chaser is looking at a 2016 crewed flight while the CST-100 is scheduled for an Atlas V rocket test the same year.

SpaceX, winner of a $440 million contract, is potentially looking at carrying astronauts by 2015 — making them the first. Their Dragon capsule is the darling of the commercial space industry and has met or exceeded a number of specifications already. The company even has their own Falcon 9 rocket to send the capsule up. Being the first of the three to have a successful crewed flight would push SpaceX even further into the public eye.

For now, though, we’ll just have to wait and hope and let things develop. There could be multiple ways, commercial and not, to space soon enough.