Munch’s The Scream Sold for Record $119 Million at Auction 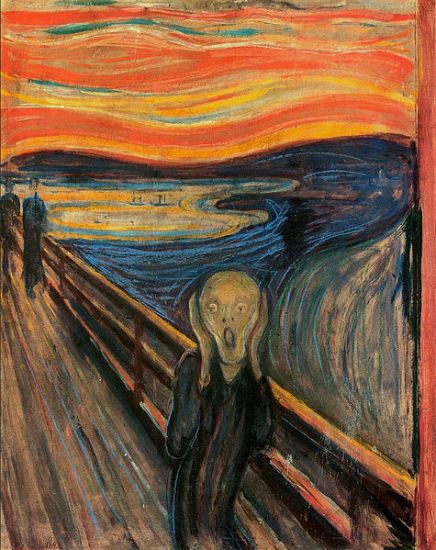 At an art auction held at Sotheby’s in New York City yesterday, Edvard Munch’s The Scream was sold for a record $119,922,500, quite a bit more than the $80 million the auction house thought the famous painting would snag. The item sold at the auction is one of four known versions of the painting, with the other three all in Norwegian museums.

Eight bidders partook in the auction, but in the end, two phone bidders battled it out with one of them ending up the winner, the identity of which was not revealed. The $119 million and change price tag has set the highest mark for a piece of artwork ever sold at auction, surpassing Picasso’s Nude, Green Leaves, and Bust, which sold for $106,482,500 back in 2010.

The painting was owned and put up for auction by Norwegian businessman Peter Olsen, who believes the painting is about global warming. He said the sale of the painting will go toward opening up a new art center, hotel, and museum on his farm in the Norwegian village of Hvitsten. Olsen says they will be restoring Munch’s house and studio, and guests can stay in his home.

This version of The Scream is unique in a few ways, as this one is said to be the most colorful and vibrant of the four versions of the painting, and is the only version where one of the two people in the background look out toward the cityscape.