Science Has Made Tiny Motors For Human Cells | The Mary Sue

Not Content With Spermbots, Science Has Made Tiny Motors For Human Cells

Vroom-vroom! ..Is probably not the sound it makes at all but whatever. 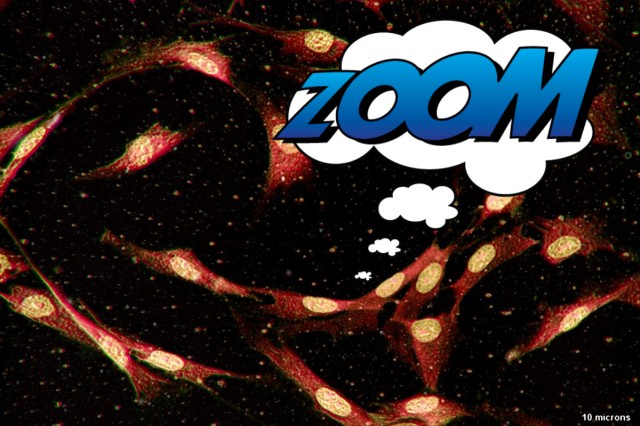 Having mastered the science of magnetically-directing sperm cells, scientists have now decided to implant tiny motors into other human cells in order to direct their motion. Thought to assist with drug delivery, the tiny motors are propelled by ultrasound impulses, and sound way cuter than they probably are in actuality.

The study, published in the Angewandte Chemie International Edition by scientists from Penn State, says that these “synthetic nanomotors” can also be used to study cells in new ways. By making the motorized cells bump into other cells, the researchers were able to manipulate the surrounding cells, mushing up the cells’ contents or puncturing cell walls.

“We might be able to use nanomotors to treat cancer and other diseases by mechanically manipulating cells from the inside,” said Professor Tom Mallouk. “Nanomotors could perform intracellular surgery and deliver drugs non-invasively to living tissues.”

Professor Mallouk then secured his place in my heart by comparing his nanomotors to the submarine in Fantastic Voyage (seriously). If this guy ends up curing cancer, I’d be okay with it.

(via BBC News, image via Engineering at Cambridge and messed with by me)