So stem cells are just regular cells on acid. Am I doing it right? 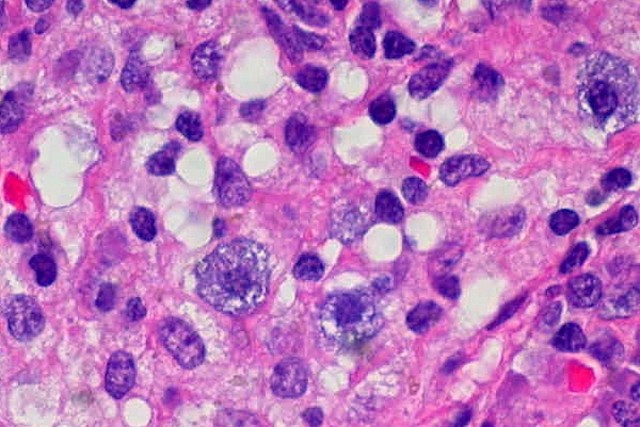 Stem cells have amazing implications for medicine and genetics, but they’ve been bogged down for a long time in ethical debates and difficult cultivation procedures. That may all end with a new technique for creating stem cells by dipping any old cell in acid, which is way better than if dipping them in acid created a bunch of microscopic Two-Faces.

In fact, the newly created, acid-tripping stem cells may be even more effective than the usual embryonic stem cells. José Silva from the University of Cambridge explained to New Scientist, “The team haven’t just made pluripotent cells like embryonic stem cells; they appear to have made totipotent cells.” Totipotent means that the cells would theoretically be able to form an embryo and a placenta; they could be used to grow an entire organism, and they only exist naturally during the first few cell divisions as life begins.

The process was originally discovered in plants, but new work on the subject with mice by Japan’s Riken Center for Developmental Biology has shown that it can occur in mammals. They dipped blood cells from mice into acid, and while some of the cells died, others were transformed into stem cells in a matter of days. The work was recently published in the journal Nature, so you can read more about the science behind the “STAP” cells here and here.

The medical applications of these newly created cells would be great. If stem cells really become easy to create, then failing organs can be treated with infusions of healthy stem cells to patch them up. They’re also a big step forward for cloning, since past clones haven’t been exact replicas, but clones created from these new stem cells wouldn’t need to be placed in foreign embryos.

Of course, with great power comes great responsibility, and the ease of creating exact genetic twins of anything from animals to humans could raise its own set of moral and logistical questions (will there be Clone Wars? How can we make sure no one makes clones from our blood? Can we use this cloning technique for dinosaurs, guys?)—if it ever becomes a reality. Either way, this new research promises to bring big changes to the stem cell issue and culd be a complete game-changer, so hold onto your butts, everyone.