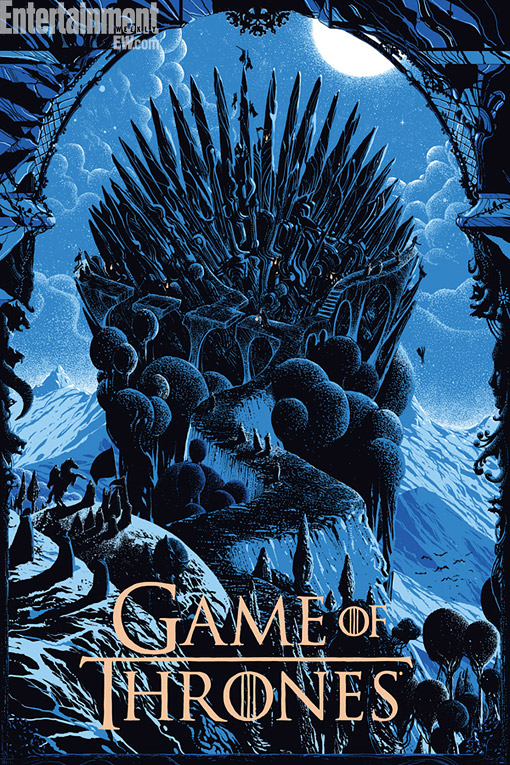 Austin’s Mondo art gallery is putting on a Game of Thrones exhibition at South by Southwest with HBO and are soon to reveal eight new posters inspired by the show. My mouth is hanging open after looking at this first one, another, featuring Jon Snow and Ghost is after the jump.

The poster above is by Kilian Eng. This second one might look familiar to comic book fans, it was illustrated by Jock. 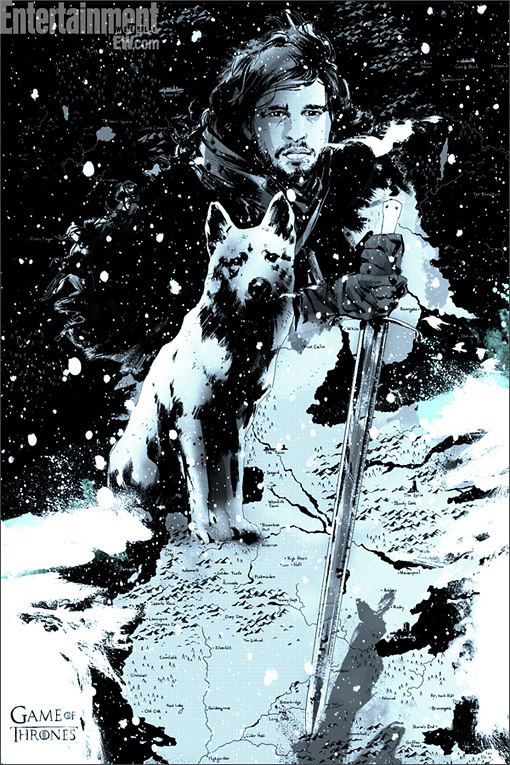 “Game of Thrones is a favorite of ours at Mondo,” says Mondo CEO Justin Ishmael. “The gallery event is intended to honor the show’s attention to visual detail and the beautiful world that George R.R. Martin has imagined … we hope the fans feel our work has done justice to the show.”

They’ll be releasing two a week until the Season 3 premiere on March 31. They’ll also be debuting the new Game of Thrones beer which we were lucky enough to get our hands on. More on that Monday!