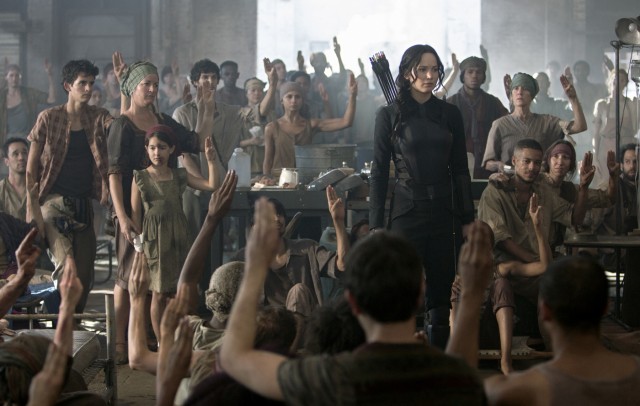 The Hunger Games: Mockingjay Part 1 did very well at the box office this weekend but not as well as Lionsgate probably hoped domestically.

Leading up to its release, I heard a lot of people saying they were going to wait to see Mockingjay Part 1 (The Mary Sue’s review here.) until just before Mockingjay Part 2 was released. Bless them. I haven’t gotten a chance to see it yet but I know there’s no way I’d last another year. But did this affect the film’s opening weekend take? The Hollywood Reporter’s box office report explains:

But things were different worldwide:

The reverse is true overseas, where Mockingjay outperformed the first two films, grossing $152 million, or four percent ahead of Catching Fire ($146 million). That puts Mockingjay’s worldwide total at $275 million, one of the best showings of the year, even if it didn’t match Catching Fire’s tally ($294.1 million).

Are Lionsgate kicking themselves for splitting the last book in Suzanne Collins’ series into two? Assuredly not. They were filmed at the same time, meaning they saved some money, and will be getting double the profits. THR also notes this is the first of the series not to play on IMAX screens.