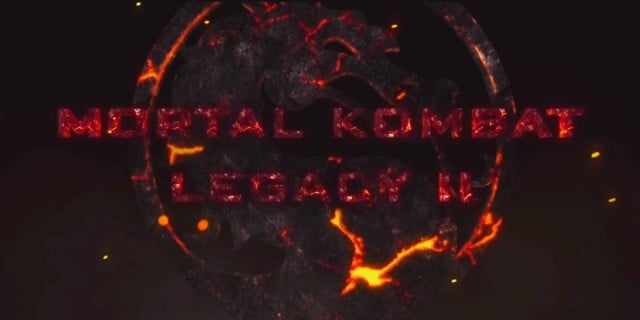 Happy Mortal Kombat Legacy Day everyone! We’re not sure if that’s a real holiday, but we think it should be. We’re real excited to watch the rest of season two. We got an early look at the first three episodes, and that’s right where things get good, so we can’t wait for the rest. All the episodes are live right now, so we won’t have to.

At about ten minutes each, you should be able to get through all ten in one sitting, and from what we’ve seen already you’re going to want to. Director Kevin Tancharoen is great at making viewers want to get the next hit, and unlike last season there’s one main story throughout, and that story is the Mortal Kombat tournament itself.

We got to see the first three episodes yesterday, and have had just enough time to watch four and five before they all went public, so take a look at the first five episodes and our quick recaps.

Things aren’t great for Liu Kang in Macau, particularly not the karaoke that’s happening the bar he’s getting drunk in. Turns out drunk Lui Kang really hates Frankie Goes to Hollywood, and the thugs in the bar don’t seem to care for him much either. Ready… fight! Kung Lao shows up and then the two work out some feelings.

We find out why Liu Kang hates Franky Goes to Hollywood (he used to love that song!) in a heartbreaking flashback. We also get our first look at the tournament island as characters begin arriving.

Raiden gives the Earthrealm warriors the rundown about the tournament and their heightened superpowers. We also get a look at Kenshi’s backstory.

The exciting conclusion to Kenshi’s backstory, our first round of tournament battles, and our first fatality! Finish him!

We get the backstory of Kitana and Mileena, including a flashback to season one, and for some reason we re-watch the Ermac/Kenshi fight through the eyes of Johnny Cage, Mileena, and Kitana.

That’s all we have time to watch right now, but we’ll finish the other episodes and get quick recaps for you soon!

The departure from the more character anthology style of season one is part of a lead up to a Mortal Kombat movie. The movie will be separate from Legacy, so don’t get too upset if your favorite character gets killed this season. They could still be back in the film.

Find out who fights whom this season, and more importantly who walks away right here. We haven’t seen any fatalities yet, but when we spoke with Tancharoen about the season he did mention that Sub Zero ripping out spines was his favorite one, so we expect him to come out of at least one match as the victor.