“Sonya Blade” Wants to fight for you… as an Illinois County Board Member! 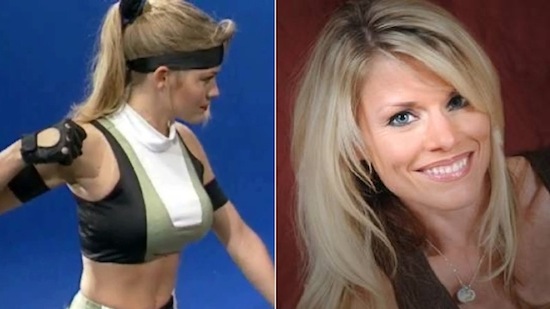 If performer-politicians like former governor Arnold Schwarzenegger and senator Al Franken have shown us anything, it’s that having a certain amount of public notoriety doesn’t hurt when you’re running for public office. It’s curious, then, to see that Kerri Hoskins Branson, a candidate running for a seat on the board in Kane county, Illinois, doesn’t seem to be publicizing her fifteen minutes of fame. You may not recognize the name, but you may remember Ms. Branson for her roles as a cheerleader in the original NBA Jam and, more importantly, the motion capture/likeness for Sonya Blade in Mortal Kombat 3.

As it turns out, Branson may not be bringing up her time in entertainment because, in addition to a role in several popular video games, she also modeled for Playboy. It remains to be seen whether a connection video games can have a negative effect on a person’s political career. A career in adult entertainment, though, is pretty much confirmed to be something to downplay as much as possible.