So It Begins: Minecraft Developer Kills Plans for Oculus Rift Integration Because of Facebook

This is why we can't have nice virtual things. 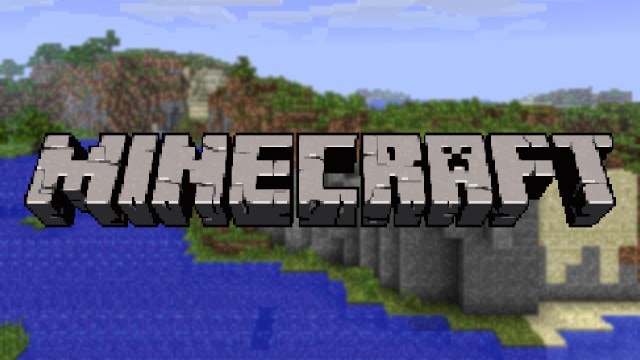 Amidst the obligatory Twitter jokes about Facebook buying VR system Oculus Rift for $2 billion dollars were some legitimate concerns: how will this acquisition change the flow of progress for the Oculus itself? Well, it means we won’t officially get to kill creepers and farm for gold in virtual reality anytime soon.

We were in talks about maybe bringing a version of Minecraft to Oculus. I just cancelled that deal. Facebook creeps me out.

He later clarified on his blog in a post entitled, “Virtual Reality is Going to Change the World:”

Facebook is not a company of grass-roots tech enthusiasts. Facebook is not a game tech company. Facebook has a history of caring about building user numbers, and nothing but building user numbers. People have made games for Facebook platforms before, and while it worked great for a while, they were stuck in a very unfortunate position when Facebook eventually changed the platform to better fit the social experience they were trying to build.

Don’t get me wrong, VR is not bad for social. In fact, I think social could become one of the biggest applications of VR. Being able to sit in a virtual living room and see your friend’s avatar? Business meetings? Virtual cinemas where you feel like you’re actually watching the movie with your friend who is seven time zones away?

Fortunately, the rise of Oculus coincided with competitors emerging. None of them are perfect, but competition is a very good thing. If this means there will be more competition, and VR keeps getting better, I am going to be a very happy boy. I definitely want to be a part of VR, but I will not work with Facebook. Their motives are too unclear and shifting, and they haven’t historically been a stable platform. There’s nothing about their history that makes me trust them, and that makes them seem creepy to me.

A bit or a reductive argument (Facebook creeps you out but making a movie with Warner Brothers is fair game? You know they’re owned by Time Warner, right? They haven’t done anything unsettling lately or anything), but it’s obviously Persson’s prerogative. And he has a point: success on Facebook can disappear in an instant if they decide to change their “sharing” structure around, which they will inevitably do, because that’s their prerogative, he also said in the blog post.

And while an Oculus Rift/Minecraft pairing seems like a no-brainer — there’s already a grassroots Minecraft VR mod in development called Minecrift — it wouldn’t have necessarily been an immediate hit without some tweaking. As Persson also says in the post, “it doesn’t really fit the platform, since it’s very motion based, runs on java (that has a hard time delivering rock solid 90 fps, especially since the players build their own potentially hugely complex levels), and relies a lot on GUI.”

However, it’s possible that as an independent game creator himself, Persson might also be taking this personally. “I did not chip in ten grand to seed a first investment round to build value for a Facebook acquisition,” he says later in the blog post, regarding his top-level Kickstarter backer status. Right, easy for you to say when you run a company that made $240 million in 2012 alone and has sold 14 million PC copies as of 2014 (and about 9,000 of those were last night, their website would have you believe).

But again, he does have a point: whatever trajectory Oculus Rift was taking as a new technology up to this point is going to be irrevocably altered by this buy-out, and not necessarily for the better. With any luck Facebook will attempt a less hands-on approach to their new acquisition, but there’s going to be more fallout no matter what. You know, unless Bethesda Game Studios backs out of a possible deal, too. Hey, jokes!