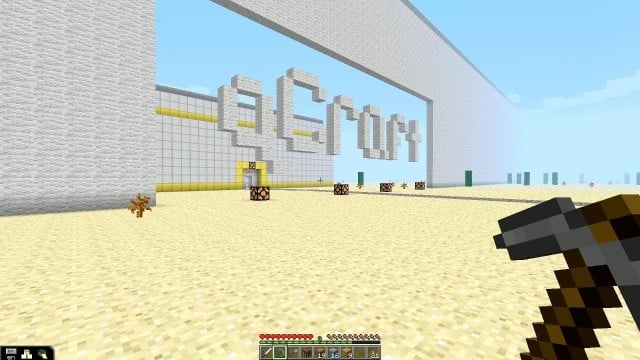 Quantum physics is complicated and hard to understand. Minecraft is popular, addictive, and fun to play. Combining the two may seem strange, but that’s exactly what Google has done with their free qCraft mod for the game. It adds new blocks and features to introduce players to the world of quantum physics.

Some of the new blocks in the game introduce the concepts of quantum entanglement, superposition, and observer dependency. These are complicated ideas that can be difficult to explain. One way around that is to let gamers experience these things for themselves.

Future versions of the mod could introduce even more quantum concepts, but these seem like good building blocks (puns!) to start with. You can download the modded qCraft version of Minecraft over at qCraft.org and start exploring your new quantum world.

Here’s a preview of qCraft from the YouTube channel MinecraftTeachr:

The goal from Google’s end is to get more people interested in the field of quantum physics in a way that’s fun and easy to understand so that become the quantum physicists of tomorrow.

(via Geek.com, image via MinecraftTeachr)