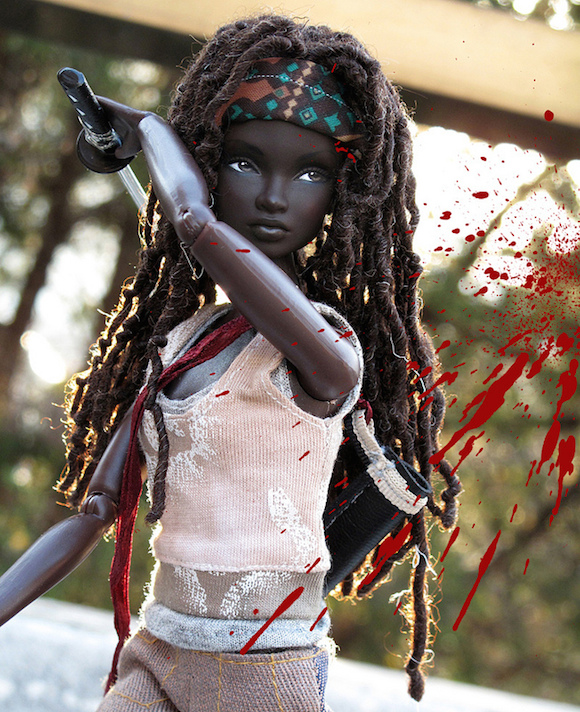 Peewee Parker on Flickr crafts dozens of fashion dolls of all shades, but this one is perhaps the most dangerous. Check out a another shot of it here.