As long as things progress smoothly... 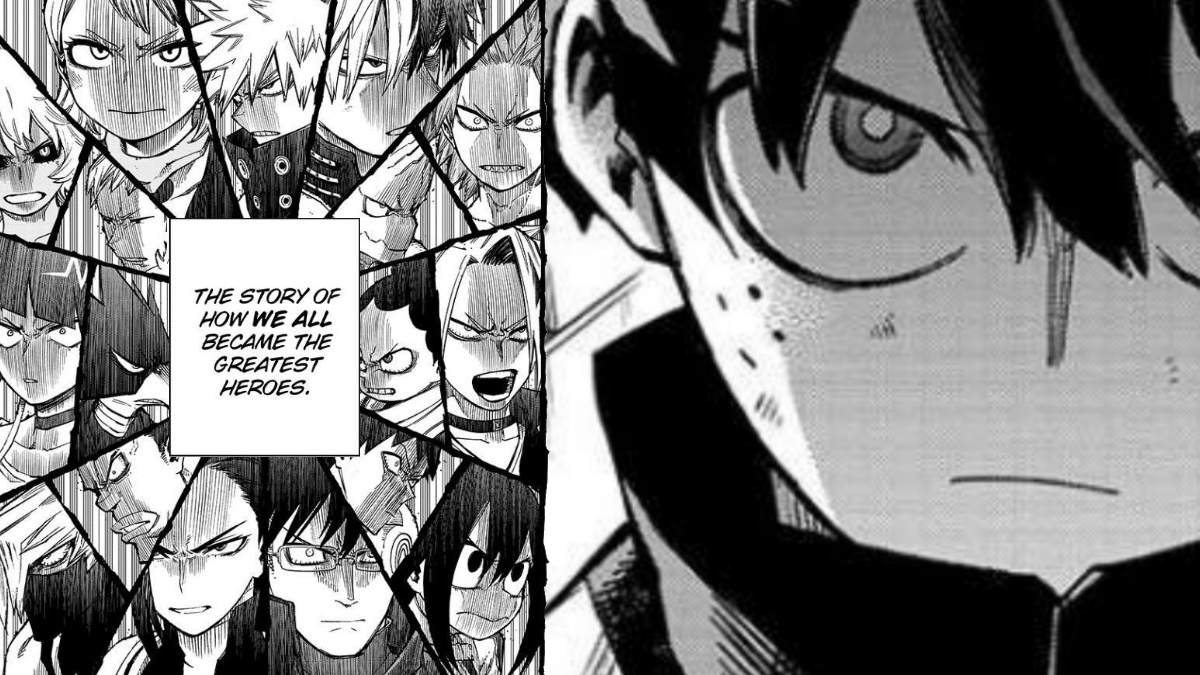 Spoilers for the My Hero Academia manga so far

During a stage presentation at Jump Festa 2022, a statement was issued by My Hero Academia series creator, Kohei Horikoshi.

The statement, according to Kotaku, is as follows:

“If things progress smoothly, the original My Hero Academia [manga] will reach its goal, for instance, in just about a year,” read Horikoshi’s statement. Later, he added that he didn’t know if the ending would meet people’s expectations, but he plans on writing and drawing the final arc with that intention.

Well, at least Horikoshi has a backup plan in case 2022 isn’t the year where Deku and the rest of Class 1-A become the greatest heroes.

Why is this so surprising for a shonen manga series?

When we think of shonen manga, we tend to think of the neverending voyage going on in One Piece or how series like Naruto/Naruto Shippuden extended into the next generation with Boruto. The same can be said for Dragon Ball, which ended after a little over 500 chapters back in the 90s (at least in Japan), but now there’s Dragon Ball Super.

When we think of “the song that never ends” it’s shonen that comes to mind, but lately, more of those “could go on for 1000 chapters if they wanted it to” stories have ended in a couple of hundred. Demon Slayer is the first thing that comes to mind as it surprised us all by ending in 205 chapters. The Promised Neverland ended in 181 chapters, and series like Tokyo Revengers are in their final arc right now after over 200 chapters.

It doesn’t sound like a lot compared to something as hefty as One Piece, but these creators are presenting these chapters on a weekly basis and spending years writing and illustrating these stories. Honestly, I’m happy that shonen creators are hitting endpoints in their stories and, well, letting them end. That’s not to say the material can’t go on, it certainly can if there’s still more story to tell, but it honestly does feel like My Hero Academia is in a FINAL arc right now.

I don’t know what comes after this moment we’re currently in.

Can My Hero Academia really end in a year?

After the Paranormal Liberation War, the series hit a major turning point. Heroes are no longer trusted, Deku leaves to try and fix the problem without his classmates, All For One’s true intentions with Shigaraki are out in the open, the Todoroki family secret was broadcast in front of a live studio audience, it’s all felt very “reaching the climax” lately.

That point’s been solidified with the manga slowly tying up loose ends. We know who the traitor in UA is, EVERYONE knows that Deku has One For All, hell, Bakugo APOLOGIZED to Deku for how he treated him and even used his REAL name. While all of that has been a pretty solid foundation for this being the beginning of the end, I have to say that having Class 1A step up and demand to be included in what’s happening is where I really started to see that, yeah, this series is in its finale.

Not only has the entire class told Deku to stop doing this alone, not only have they constantly been telling the adults in their lives that no, they may NOT discuss important matters that involve them without them, but Deku’s narration has changed. The series has always told us that this is the story of how HE became the greatest hero, but as of chapter 324, he’s changed his narration to include his friends.

It’s now the story of how THEY became the greatest heroes. Together.

This does raise an interesting question. Is Deku still narrating this from “the future” or did we just hit where Deku’s narration is coming from? The assumption in fandom has always been that the narrator is an older Deku, but what if the narrator is Deku, right now?

Are we never going to see these kids graduating? Is the series going to end after they fight All For One? Is there going to be a time jump?

Is there going to be a My Hero Academia Super?

Whatever the case, I’m excited to see how it all plays out, and I’m glad to know that Horikoshi has a plan for how to execute this story… assuming things go smoothly, of course, otherwise, Daiki Yamashita’s gonna have some explaining to do at next year’s Jump Festa.