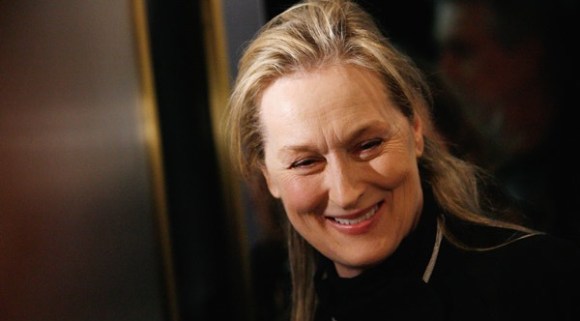 As we know, there is a dearth of women working behind the scenes in Hollywood, even if we have seen a slight improvement since the 1990s. But when I say “improvement,” don’t get too excited. Using the numbers from the LA Times, women working high-level jobs in non-acting jobs in film — directors, producers, etc. — accounted for 18 percent of the whole lot, up from 17 percent 14 years ago. “Improvement” over the course of 14 years amounts to one percent. In politics, that’s within the margin of error, so it might not even be that accurate. This means less movies that are geared directly to women. And now, one of the women who usually appears in front of the camera, Meryl Streep, is using all that attention we pay to her to ask a very important question: “Why? Why? Why? Don’t they want the money?”

Streep is referring, of course, to Hollywood not wanting to make bucketloads of money on movies that are geared towards women and, instead, spending tons and tons and tons of money on big-budget action flicks to which audiences may or may not respond. ::coughcoughJohnCarterBattleshipcoughcough:: Speaking at Women in Film’s 2012 Crystal and Lucy Awards, she said that five movies that were specifically tailored for a female audience — Mamma Mia, The Devil Wears Prada, The Iron Lady, The Help, and Bridesmaids (the former three of which starred Streep) — made the American film industry $1.6 billion in the last five years. That’s a lot of money! True, The Avengers brought in that much money in less than a month. But that was not just a movie that adult males could see, but clearly appealed to women and was appropriate for kids. So, not a fair comparison. The movies cited by Streep, however, were more modestly produced, had much smaller budgets, and yet made huge profits (relatively speaking) — all while being grown-up movies that targeted women without being treacly rom-coms.

And that’s why this incredibly celebrated women is asking the industry that made her a success “Why? Why? Why” don’t they want to make movies like this for such a large part of the human population? We’re, like, half the people out there! And as much as we love a good action flick, it’s even better to see a movie with a great story about female characters who have something interesting to show us (and are not on a mission to fall in love with a guy).