Women in Film Seen, Not Heard | The Mary Sue 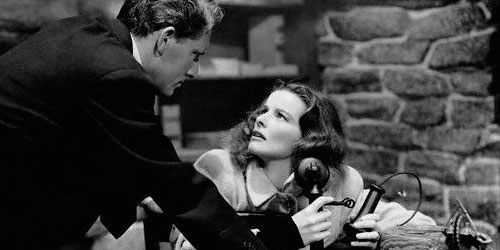 Get ready to not be psyched at all: A new study conducted by the University of Southern California has revealed the pretty appalling statistic that women only account for 32.8 percent of all the characters who had speaking roles in the top grossing movies of 2008. This includes The Dark Knight, Iron Man, and Twilight and, obviously, many others. Women (namely young women aged 13 to 20) were also seen to be presented as more sexually attractive (based on their clothing, weight, and general physical attractiveness) by margins of 20 percentage points. Even more annoying: the numbers have not really changed since the 1970s.

So, basically, in today’s film industry, women are more on-screen to be seen and not heard. And when they are seen, they are young, beautiful, and thin. For example, while there are no specifics on what exactly constitutes “sexy or revealing attire,” 25.7% of women were seen wearing it as opposed to only 5.1% of men. Similarly, 23.7% of women were shown “partially naked” compared to only 8.2% of men. Seriously — that’s just not fair for those of us who enjoy looking at men. Personally, I don’t mind women getting naked on-screen as long as there are just as many men doing it too. I say if we’re going objectify women, let’s just go ahead and objectify men, if that’s how it has to be. Sexy roles will never go away, we just need to even them out between our two genders.

The age thing, however, is what’s kinda gross.

And if we thought that only teenagers were watching these scantily-clad teenagers, it might be less gross. But we all know they’re not called “dirty old men” for nothing. (Which is not to say that “dirty old women” aren’t ogling Taylor Lautner, but still.)

The study also covered women’s roles in film off-screen as well as on-screen, and the numbers were even worse. For example:

And as far as women’s roles on-screen when more women are involved off-screen, there is a difference made. The number of women speaking on-screen does increase when there is a female director or writer involved — but not so much when a female producer is. While there is an increase, the margin isn’t nearly as wide as it is for writers and directors. Statistics like these, while incredibly frustrating and depressing for any female moviegoer didn’t completely surprise me following what director/actor Jodie Foster said about women in the film industry. It’s a very primal mentality, and it absolutely needs to change. In the meantime, we can still look up to women who are making strides in filmmaking, like Foster, Kathryn Bigelow, Miranda July … and maybe more women like Sarah Kuhn!