Showing Forced Solidarity with as Little Effort as Possible, Men Are Also Wearing Black to the Golden Globes 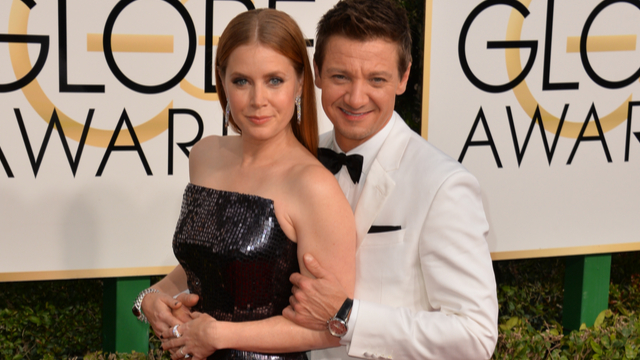 I’m so inspired by men wearing black to the Golden Globes, an event to which they’d normally wear black tuxedos. It’s part of the storied man tradition of making the least possible effort but expecting credit anyway

The move to wear black is literally the least these men can do, at a time when there is a LOT men can do. Men have the ability to actually speak out against the abuse in their industry and hold each other accountable, and not just in a one-off tweet about Harvey Weinstein once he became a powerless target. (See: John Oliver.)

Moreover, men’s participation is necessary for breaking down the systems that have made sure women remain undervalued in the workplace. Women are systematically paid far less than men, with zero transparency around the issue. Since the gender pay gap has been made a public issue in Hollywood, we’ve seen two general types of reactions from male actors: the Jeremy Renners who deflect in interviews, saying that’s a matter for agents to handle, and those who have talked to their female costars about pay disparity and cooperated in fighting for equality, even if it’s at the expense of their own paychecks. The men who we know of that fit into the latter category are depressingly few. Those who have remained silent are plentiful, but they’re all going to wear black to an awards show, as if there’s no connection whatsoever between the systems that maintain men’s economic dominance and those that allow men to abuse their power sexually.

Dudes: If you consider yourself a feminist and an ally and if your heart goes out to all the women who have been abused in the workplace but don’t know what to do, be a pal and tell three women you work closely with how much you make.

Making this weak show of solidarity even less meaningful is the feeling that it seems to be totally (if unofficially) mandatory. From an optics perspective, it’s not just the actors that wouldn’t want to stand out as The Dude Who Doesn’t Care. Their agents and managers, as well as stylists and designers, all also have to be aware of the public shaming awaiting any man who doesn’t show up in black.

That point was made clear by stylist Ilaria Urbinati, who announced that all of her clients would be wearing black.

Because everyone keeps asking me… YES, the men WILL be standing in solidarity with women on this wearing-all-black movement to protest against gender inequality at this year’s Golden Globes. At least ALL MY GUYS will be. Safe to say this may not be the right time to choose to be the odd man out here… just sayin…

There are (I assume) some good men in Hollywood. Men who really do want to show their support in any way they can. But if your stylist or manager is forcing you to wear a certain color because it would be a bad look not to join in, then this already shallow sentiment is even more meaningless.

In theory, any show of solidarity is appreciated. In reality, men like Matt Damon and Casey Affleck showing up in their supportive black tuxes is just a hollow mockery.